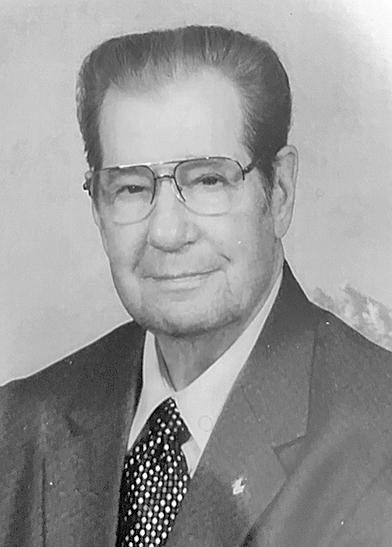 Rev. Billy G. Allegood, lovingly known as “The Pie Man” to many, departed this life on Monday, Nov. 1, at the age of 88 years, 4 months and 21 days.
He was born in Doerun, Georgia on June 11, 1933, the son of the late James Claude and Roxie Lucille Brown Allegood. On Dec. 22, 1995, he was united in marriage to Jimmie Lois Banks, who preceded him in death on Dec. 6, 2019.
Billy led a life of service that began with the U.S. Army, he was enlisted for 22 years. In 1983 he followed his heart and began his life’s journey as a Methodist minister. He was an active minister for 31 years retiring in 2014. He was still active in the community doing works of all types and could be depended on by many to drop by with a warm McDonald’s pie earning the name “The Pie Man.” His warm smile, kind words, “God Bless you” or “I love you and God loves you, too” will definitely be missed by many.
Billy’s hobbies included fishing, hunting, gardening and Southern Gospel music.
Billy is survived by his children, Richard Allegood and his wife Donna Kay of Hazel Green, Alabama, Rhonda Hines and her husband Steve of Elberta, Alabama, Donna Weeks and her husband David of Hazel Green, Alabama, Kathy Shepard and her husband Mike of Madison, Alabama, and Valerie Stewart and her husband Robin of Madison, Alabama; stepdaughters, Patti Maness and Pam Irvin, both of Savannah, Belinda Arrowood of Murfreesboro and Lisa Matthews of Savannah; 13 grandchildren; 23 step grandchildren; 15 great-grandchildren; and 30 step great-grandchildren.
In addition to his parents and his wife, Billy was preceded in death by his daughter, Pamela Kay Allegood; grandsons, Charles Cameron Hines and Charles Joshua Hines; sisters, Bernice Waters and Leita Martin; and brothers, James Allegood and Rayburn Allegood.
For those who wish, memorials may be made to a local charity of your choice in memory of Rev. Billy G. Allegood.
Services were held on Tuesday, Nov. 9, at 1 p.m., at Shackelford Funeral Directors of Savannah with Dennis Usner, Robert Sadler and Tony Polk officiating. Burial followed in Memory Gardens at Savannah.