For those who were in the military, Veterans Day is a time to reflect on time dedicated to serving and protecting the United States of America. For others, the day is a specific time to honor those who served. Attending the Veterans Day events in Savannah on Saturday is one way to do that. 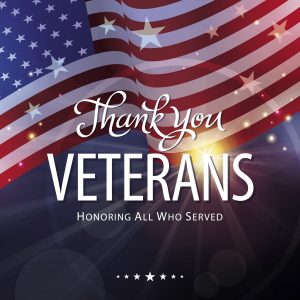 Sponsored by the City of Savannah and the Rotary Club of Savannah, the annual Veterans Day parade starts at 10 a.m., immediately followed by a ceremony involving several speakers and presentations.
“Anyone interested in being in the parade is welcome to be at the Hardin County Courthouse before 9:30 a.m. to be placed in the line,” said Paige Ashe-McLean, Veterans Day parade organizer.
Veterans Day is officially observed on Nov. 11. However, if it falls on a weekday, many communities hold their celebration on a weekend before or after this date. This enables more people to attend and participate. This year, federal government offices are closed on Thursday, Nov. 11.
The route for the parade is on Main Street, beginning at the county courthouse and ending in front of Savannah City Hall at Hanna Boulevard. The route accommodates access for parade participants and spectators to attend the ceremony at Savannah Veterans Park.
The flag ceremony and service take place at the park immediately after the parade at approximately 10:45 a.m.
Those with health needs can park along Hanna Boulevard, which will be closed off. They can tune into an FM station to hear the event.
This year’s speakers are Hardin County Mayor Kevin Davis, Savannah Mayor Bob Shutt and state Sen. Page Walley.
Savannah City Manager Garry Welch is serving as master of ceremonies.
Nick Stokke, Hardin County Veterans Services officer, will talk about Medal of Honor recipients from Hardin County, followed by the presentation of the C.D. Rickman Award for 2021.
Each flag representing a branch of the military will be raised, led by retired U.S. Air Force Lt. Gen. Joe Hurd.
Prior to the parade, Veterans of Foreign Wars members will place a wreath at the courthouse monument at 9 a.m. Also, a wreath ceremony led by the American Legion is set for 9:30 a.m. at the Prisoner of War monument at Veterans Park.
After the event, veterans and parade-goers might consider visiting the Tennessee River Museum, where military service uniforms are on display this month, compliments of Tennessee River Museum board member and veteran Larry DeBerry.
Admission is free in November for all servicemen and veterans. 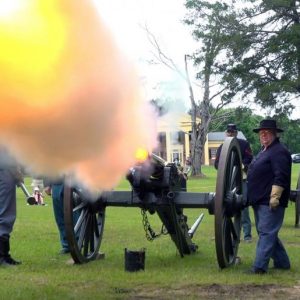