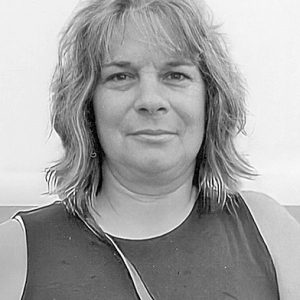 Shanna Leigh Jones, of Savannah, was born Dec. 6, 1974, in Florence, Alabama, to David and June Highland.
She departed this life on Thursday, Oct. 14, at home surrounded by family at the age of 46.
On April 8, 1989, she was united in marriage to Tracy Jones. They were married for 30 years until he preceded her in death.
She was employed at Dales Store for 11 years, she was a caregiver, and on the second week of the month you could find her preparing for the Walnut Grove Fish Fry. Her most enjoyable job was being a momma and Nana which made her enjoy every second spent making memories with her family. She enjoyed fishing, kayaking, days on the river and riding ATVs.
Shanna is survived by her children, Brittney Miller (Chris) of Oxford, Alabama, Cody Jones, Keshia Jones and Ryan Jones, all of Savannah; grandchildren, Wesley Jones, Britleigh and Gentry Miller and Brayden due in January; parents, David and June Highland; sister, Susan Benson (Dewayne); brother, Jamie Highland (Tracy); nieces, Chloie Highland, Ashelynn Holt; nephew, Cole Highland.
Pall bearers were Cody Jones, Ryan Jones, Jamie Highland, Cole Highland, Chris Miller and Jamie Gean. Honorary pall bearers were Wesley Jones and Gentry Miller.
Services were held at Second Creek Church of Christ, on Tuesday, Oct. 19, at 2 p.m., with David Rushlow officiating. Burial was in Mt. Olive Cemetery in Waterloo.
The family would like to say a special thank you to Second Creek Church of Christ.