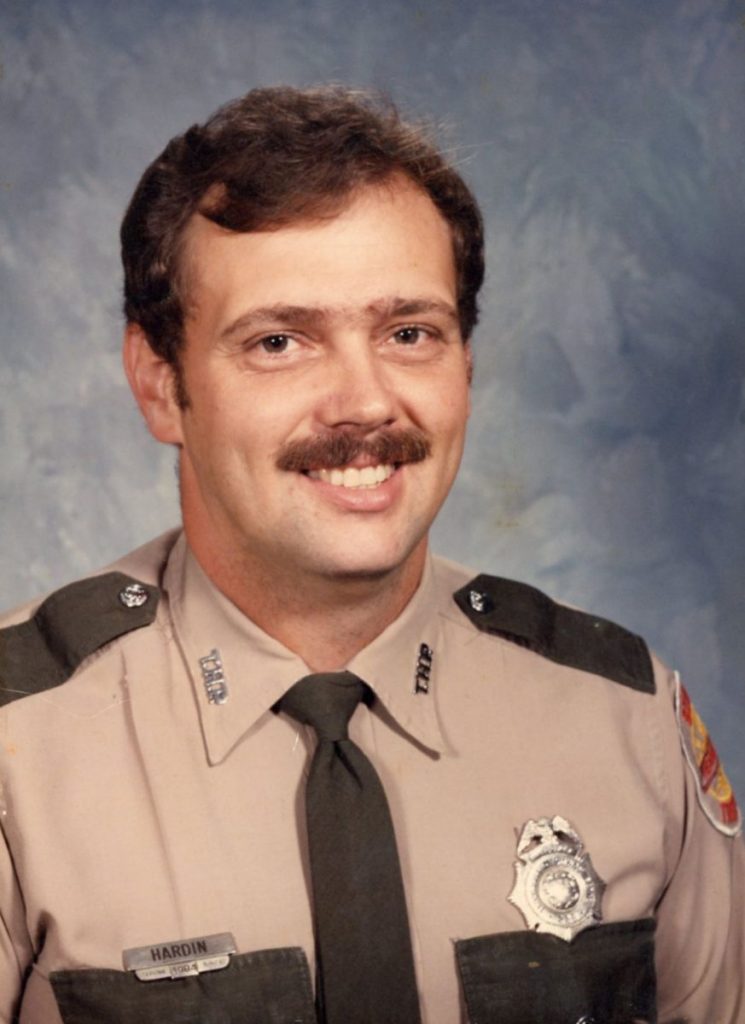 Gerald Hardin, of Savannah, was born in St. Joseph, Michigan, on Dec. 4, 1954, the son of the late Robert and Ora Lee Harville Hardin.
On Sept. 8, 2012, he was united in marriage to Janet Gray, who survives.
Gerald served proudly in the U.S. Coast Guard for four years. He later went to work as a Deputy Sheriff in Hardin County for six years and for 30 years for the Tennessee Highway Patrol. Gerald was a member of Church on the Rock in Savannah. In his spare time he enjoyed hunting, traveling, spending time with his family and being with his special cat “Miss Kitty.” Gerald loved his grandchildren and especially loved watching them play sports.
He departed this life Sunday, Oct. 3, in Savannah, at the age of 66 years, 9 months and 29 days.
Gerald is survived by his wife, Janet of Savannah; children, Allen Hardin of Antioch, Tennessee, Gerald Hardin Jr. of Savannah and Tracy Durbin and her husband Kevin of Savannah; stepchildren, Chad Smith and his wife Alissa of Savannah and Jeremy Smith of Savannah; grandchildren, Taylor Durbin, Jada Durbin, Carson Durbin, Mallary Hardin and Hunter Hardin; step-grandchildren, Emily Smith, Chase Smith, Kaile Smith, Brayden Smith, Kyler Smith; sister, Fay Stanfill of Savannah; and half brother, William Harville of Savannah.
In addition to his parents, he was preceded in death by one sister, Barbara Hardin.
Services were held on Thursday, Oct. 7, at 3: p.m., at Shackelford Funeral Directors of Savannah with Larry Paul Rich and Tom Thrapp officiating. Burial followed in Memory Gardens at Savannah.