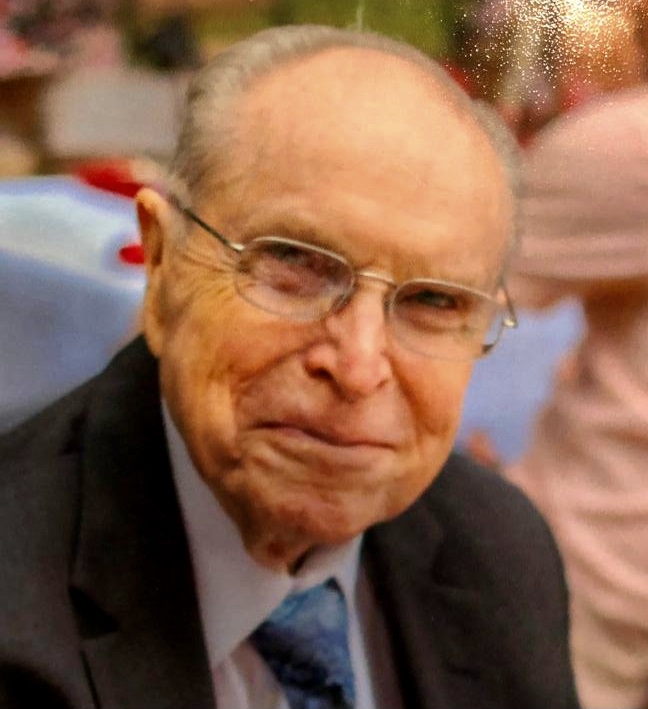 Eugene W. Rau, of Olive Hill, departed this life on Saturday, Oct. 9, at the age of 89 years, 6 months, and 29 days.
He was born in Portland, Oregon, on March 10, 1932, the son of the late John and Palma Martha Johnson Rau. On Aug. 23, 1953, he was united in marriage to Betty Lou Preyer, who survives.
He received his Master’s Degree in physics and his Doctorate in education. Eugene was the principal for eight years at Fraser Valley Adventist Academy, an independent Christian school located in Aldergrove, British Columbia, Canada. Throughout his life, Eugene had not only lived in Oregon, but British Columbia for eight years, Canada for 20 years, Singapore for 12 years, and Hardin County for 21 years.
Eugene was very active in the Seventh Day Adventist Church, becoming an ordained minister in the church, volunteering as a teacher at Harbert Hills Academy, and administering Bible study lessons for many – this was a great passion of his. He loved music, and math, and was an avid reader.
Eugene is survived by his wife of 68 years, Betty Lou Rau of Olive Hill; daughter, Brenda Dickman (Steve) of Olive Hill; sons, Jon Rau (Londa Edwards) of Vancouver, Washington and Jerry Rau (Hedi) of College Palace, Washington; grandchildren, Heather Hoewing, Julia Leahman, Melissa Smith, Kris Shultz, Jennifer Rau and Sarena Rau; and great-grandchildren, Amber Wilson, Michael Zubriski, Stephen Hoewing and Daniel Hoewing.
In addition to his parents, Eugene was preceded in death by his brother, Harold Rau; grandchild, Mikki Zubriski; and great-grandchild, Jolin Wilson.
Services will be held on Saturday, Nov. 20, at 3 p.m., at Seventh Day Adventist Church in Savannah.