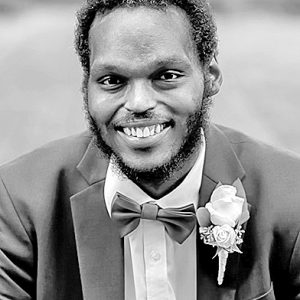 Ronald’s Story
On Oct. 8, 1995, the trumpets sounded in Heaven as a sweet spirit descended and blessed Ronnie and Mary Elaine Casey with a baby boy named, Ronald Graham Casey, in Selmer.
Ronald attended Hardin County High School and graduated the Class of 2014. He enjoyed playing football all four years in high school as #76. He then went on to attend MTSU in Murfreesboro. He enjoyed working at Jones Motor Company and becoming a part of their team.
Ronald loved spending time with his family and friends but above all he loved the Lord. He accepted Christ at an early age and attended St. John Missionary Baptist Church. He was baptized on Sept. 25, 2021.
He loved spending his time riding four-wheelers, playing video games with his friends, watching and going to UT Football games, and playing with his dog, Marley.
Ronald could always brighten anyone’s day, no matter the situation. He always put others’ well-being and happiness above his own. He was always joking and making everyone laugh. Ronald was the strongest man. He fought his battle with leukemia on and off for a long eight years. Never giving up through the hardest of times, till the very end.
On Sunday, Sept. 26, God sent an angel and selected another rose for His heavenly garden, Ronald Graham Casey, at the age of 25 years.
He leaves behind parents, Ronnie and Mary Elaine Casey of Savannah; siblings, Shon Irons and April Thomas, both of Savannah, and Ronnie Lee Casey of Denver, Colorado; nieces and nephews, Malik Casey, Kamara Casey, Jett and Remi Woodmore.
Ronald was preceded in death by grandparents, William Sherman Winters, Chaney Graham Winters, Henry Sank Casey and Betty Jo Casey.
Ronald also leaves behind his fiancé, Taylor Alexander, the love of his life. They were together for nine years and were to be married, Oct. 2, 2021. Due to circumstances, a small ceremony was held on Aug. 29, 2021. In their hearts and God’s eyes, they were united as husband and wife.
Memorial donations may be made to Darryl Worley Cancer Treatment Center, 935 Wayne Road, Savannah, Tenn. 38372.
Services were held on Friday, Oct. 1, at 1 p.m., at Love and Truth Church in Adamsville with Scott Melson officiating. Burial followed in Memory Gardens at Savannah.