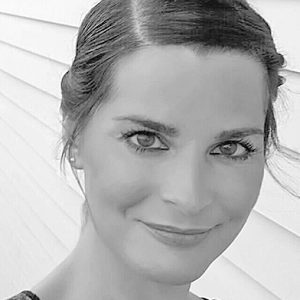 Lindsay Lee Boggan, daughter of Bob and Gail Boggan (and biological mother Laura Rigby Duke who had been previously married to Bob), tragically passed away in a car accident in Battle Creek, Michigan, on the 28th of September.
Lindsay was born with her twin sister Kimberly on the 15th of August 1981 in Jacksonville, North Carolina. As a child growing up in Jackson, Mississippi she enjoyed swimming, ballet, and going to the family farm in Canton with her sister and brother. When she was 12 she moved with her family to Spring Arbor, Michigan, where she attended Western High School and was a proud member of the cross-country running team. Upon graduation from the Western “Class of 1999,” Lindsay enlisted in the U.S. Air Force and was stationed as a communications specialist in Misawa, Japan. Because of 9/11, Lindsay’s enlistment was extended and she served her entire active duty tour overseas. Following her active duty assignment, Lindsay moved back stateside where she served an additional two years in the reserves. During that time, she graduated from the Police Academy in Holmes County, Mississippi and served as a law enforcement officer on the Mississippi Gulf Coast. She later rejoined her family in Savannah, where she worked part-time in the family restaurant and full-time as a law enforcement officer in Clifton. She had recently moved back to Michigan where she lived in Battle Creek.
Lindsay was a lifelong runner and physical fitness enthusiast. She was articulate, exceptionally funny, a little vain (but justly so because she was truly beautiful), and positively impossible to ignore. Wherever Lindsay was, you knew she was there. Our Lindsay had just turned 40 and enrolled in college to become a social worker so she could work with veterans with a special emphasis on PTSD.
Sadly she lost her life in a random car accident on a lovely fall day in Michigan. Lindsay was loved (still is) so deeply by her family and huge network of friends all over the country. She will be missed so much by us all… and that includes her cat, Baby Jack.
Lindsay is survived by: parents, Bob and Gail Boggan; sister, Kimberly Boggan; brother, Brent Boggan; mother, Laura Rigby Duke (predeceased); niece, Maddie Sanford; grandparents, Lottie Boggan (and Dr. Willard Boggan, predeceased); grandparents, Ruth and Bill Rigby; aunts and uncles, Jim and Marae Rigby, Perry Rigby, Bill and Binnie Jo Boggan; and cat, Baby Jack.
Visitation will be held on Saturday, Oct. 9, at 1 p.m., at Natchez Trace Funeral Home and graveside services at 2:30 p.m.
*Note for all — Lindsay was a girly girl and loved soft pink, coral, peach, lavender, aqua (think Pioneer Woman) colors. I think she would welcome colors like this if you’re so inclined.