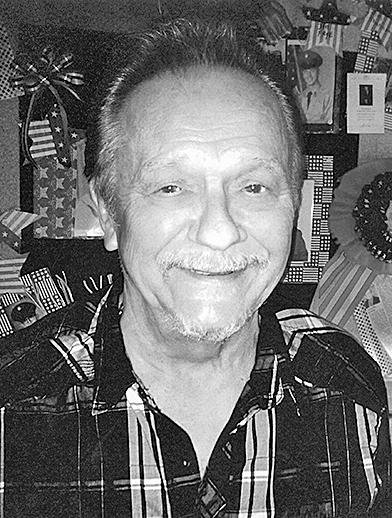 In loving memory of John Francis Broz
March 29, 1945 – Sept. 18, 2021
John Francis Broz Jr., 76, Adamsville, left us suddenly on the morning of Saturday, Sept. 18, at Hardin County Medical Center in Savannah.
John was a special man, though some might say stubborn, those who knew him understood the depth of his love and how much he truly valued his relationships, his faith and his blessings.
John came from humble beginnings on Chicago’s south side. His father worked at the post office and his mother was a factory worker making hose clamps for vehicles. John, the baby of the family, was raised up in the Catholic Church. As the years went on, many told John he was old-fashioned but to John, his beliefs and his way of life were deeply tied to memories of home and growing up, and the people he most adored and respected.
His first job was cleaning out old, stinky milk coolers for a few cents a cooler at a place called the Alley Store, because well, it was in an alley. After that, he graduated to delivering newspapers like a champ, and then, working for Troha’s Fish Market throughout high school. He loved working with people, making their day better, and the tips…of course.
After graduating from Saint Philip Basilica High School, John joined the Army and was stationed at Selfridge Air Force Base in Michigan. After a promotion from private to sergeant, he became a chaplin’s assistant and was known for his devotion to his duties, his drive, and his willingness to freely give of his time.
After the service, John eventually became a machinist for GM working on locomotives where he worked for almost 19 years. Later, he attained his CDL and became an over-the-road truck driver. But John hated being away from family, so he made the switch to drive and make deliveries for local companies for a time. For many years, he worked for Harrah’s Riverboat Casino as a busy slot-tech, a livelihood where he got to be his best self with the patrons. We often heard stories about how seeing John at the casino would make his customers’ day. Sometimes he’d even dance with patrons or dress up in silly costumes to make them smile. He was promoted often because he was so well-liked by the high rollers… which of course again, meant more tips ;-).
No matter what he did, he worked hard to make ends meet and he gave all he had to give to his family. His two disabled children required a great deal of sacrifice on his part, but John never hesitated to dig deeper to meet their needs and help them live as much of a “normal” life as possible.
When he still could, John loved to drive county roads, to teach his kids how to camp, fish, draw, cook, mow straight lines in the grass, and be respectful. In the words of country singer, Susy Bogguss, “His hands weren’t always gentle… but I’ve come to understand, there was always love in Daddy’s hands.” He also taught them how to be silly, how to look at life with wonder, how to crank up the radio, tear up the dance floor, and stand on their own two feet through hard times. In many ways, he was teaching self-sufficiency and knowing when to hold on and when to let go.
Some only have one, but John got to live a life in which there were many great loves. There were many remarkable souls who painted themselves into the landscape of his life and made his time here more colorful, more enjoyable, and ultimately more meaningful.
Though he gave us all many scares, like falling off trucks at work, heart attacks, losing toes, fighting back against diabetes, accidental medication overdoses, neuropathy, COPD, PAD, CHF, and probably a few other medical abbreviations, John always snapped back and fought hard to enjoy his life and his independence in the country.
Many times, he’d come home fresh out of the hospital after a serious illness, unable to walk but you could find him on his riding lawnmower or on his hands and knees in the garden in 80-degree weather out there getting it done. We often thought John had 9 lives.
Make no mistake, he was a character, and at the end of the day — John did it HIS way.
Though he now walks without pain and in peace with the Lord, his warmth, “midwestern” hospitality, kindness and strength of character have already been etched into our hearts forever.
Until we meet again sweet brother, father, and friend…
John is preceded in death by his father and mother, John Francis Broz Sr. and Anna Broz of Chicago, Illinois, and survived by his older brother and sister-in-law, Tony and Barbara Broz of Lake Geneva, Wisconsin; his daughters, Jennifer Broz-Saweikis of Hot Springs, Arkansas, Shawn Broz-Kuhl of Shorewood, Illinois, Amy McGown of Joliet, Illinois, Melissa Broz of Nashville; and son, Johnny Broz Jr. of Joliet, Illinois; lots of wonderful ex-wives (from all over and even some in Heaven), some of the kindest friends and neighbors that looked in on him throughout his life when he needed extra help, and finally, a sweet, stray pup named Speckles that never left John’s side, gave kisses and kept him company in the peaceful quiet of his beloved Tennessee country home until his passing.
Services were held on Saturday, Sept. 25, at 1 p.m., at Shackelford Funeral Directors of Adamsville with Carter Carroll officiating. Burial followed in Milledgeville Cemetery at Milledgeville, Tennessee.