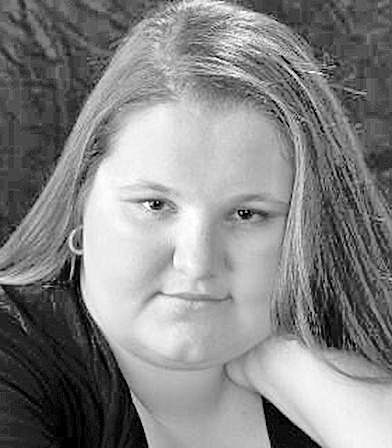 Holly Michelle Hodge was born Oct. 4, 1994, in Germantown, Tennessee, the daughter of Mike and Sharon Gray Hodge. Holly Michelle was sassy and stubborn before she was born and those two personality traits stuck.
Holly graduated from Henry County High School in 2013 where she was a member of the marching band and the Henry County No Fly Zone shooting team. She competed in the Tennessee Junior Olympics bringing home gold medals and the Olympics in Colorado Springs, Colorado, bringing home the silver medal.
After graduation, she attended University of Tennessee at Knoxville. While at UT, she was a proud member of both the Pride of the Southland Band and UTK-Clay Target Team. In 2017, she graduated cum laude with double major in biochemistry, cellular and molecular biology and political science.
Holly worked at Domino’s Pizza throughout high school, college and currently as general manager in Knoxville. She also worked in the emergency department at Tennova Healthcare-North Knoxville Medical Center. Holly was a hard worker in every aspect of her life. She worked multiple jobs while preparing and applying to medical school.
She was an expert in all things–Harry Potter, a lover of music especially “Pentatonix,” and of course, a Vols fan. She was known for the constant smile on her face, the gal with just the right amount of pep in her step, the face-telling-all, hard working soul who always had your back, super smart, a mind like a computer, and still sassy and stubborn.
If you knew Holly, then you know she could argue with a fence post and come out with the upper hand! She was loyal to her family and friends. Her love for her Dad, Mom and brother, Hunter knew no boundaries. She was their biggest fan and she was proud to call them hers. She was the obsessive dog owner of a 110 pound lap dog, Gryffin (yes, Harry Potter–Gryffindor) golden doodle and equally as obsessive of Dobby, the cat (another Harry Potter name). Gryffin and Dobby were her fur babies and still do not know they are animals.
Holly Michelle departed this life on Thursday, Sept. 16, in Knoxville, at the age of 26 years, 11 months, 12 days.
She is survived by her parents, Mike and Sharon Hodge of Byram, Mississippi; brother, Hunter Hodge of Knoxville; maternal grandmother, Nannie Faye Gray of Savannah; aunts, Vicki Ainley (Mike) of Paris, Tennessee, Shelia Hollin (Duck) of Savannah, Debbie Gray of Waynesboro, Tammy Jerrolds (Cregg) of Savannah and her twin aunt, Amy Cornelius (Brian) of Corinth, Mississippi and their son, Justin Cornelius whom Holly thought of as hers.
She was preceded in death by paternal grandparents, Joe Payton and Helen Crunk Hodge; maternal grandfather, Joe S. Gray; aunt, JoHelen Lackey and husband Lee.
Services were held on Tuesday, Sept. 21, at 3 p.m., at Sharon Baptist Church in Savannah with Eric Smith officiating. Burial followed in Memory Gardens at Savannah.