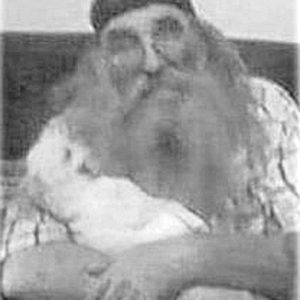 Tony “Candyman” Hazel, of Crump, was born on March 7, 1953, in Kennett, Missouri, the son of the late George Lee and Wanda Louise Hazel Hitt.
He was united in marriage to Shirley Sue Newman Sharp, who preceded her husband in death on Dec. 19, 2015.
Tony, whose CB handle was “Candyman,” was a truck driver for over 40 years and a partial owner of GT Express. When he wasn’t working he enjoyed shooting the breeze with anyone who had the time, and drinking large amounts of coffee. Drag racing was his favorite sport, something he enjoyed as both a spectator and a participant. Above all, Tony loved spending time with his family; he will be remembered by everyone as a good-hearted person who would help anyone in need.
“Candyman” Tony Hazel departed this life on Wednesday, Sept. 8, in Savannah, at the age of 68 years, 6 months and 1 day.
He is survived by his daughters, Tonie Louise Russell, Wanda Sue Bascomb, Jan Rickman, Donna Sharp and Frances Smith; sons, George Allen Hazel and Cecil Sharp; grandchildren, Terry Allen Russell, James William Russell, Susan L. Russell, Jessica Wanda Russell, Samantha Fay Russell, Cody Bascomb, Casey Bascomb, David Hazel and Alexis Hazel; great-grandchildren, Emma Russell, Ethan Russell, Summer Russell and Payton Allan Bascomb; and his two Chihuahuas, Lucky and Lucy, who he loved more than his own children.
In addition to his parents and wife, Tony was preceded in death by his sons, Bobby Sharp and David Sharp; and his grandparents, Clovis and Eula Hazel.
Services were held on Sunday, Sept. 12, at 1 p.m., at Shackelford Funeral Directors of Savannah with Phillip Johnson officiating. Burial followed in Crump Cemetery at Crump.