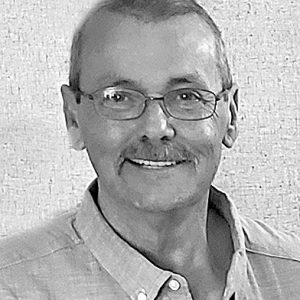 Donald Kerry Phillips was born June 22, 1958 in Savannah, the son of the late Edgar Phillips Jr. and Katie Sue “Ma Katie” Franks Phillips. He was united in marriage to Connie Jaggers on June 12, 1982.
Donald graduated from Hardin County High School. He was a member of Good Hope Baptist Church. He had worked for the City of Savannah, the City of Adamsville and Aqua Glass over the years. He loved spoiling his grandchildren, taking care of his dogs Audi and Shadow, fishing, golfing, and reading western books. He would be outside doing something all the time until he couldn’t anymore.
Mr. Phillips departed this life on Sunday, Sept. 12, in Adamsville, at the age of 63 years, 2 months, 21 days.
He is survived by his wife, Connie Phillips of Adamsville; two daughters, Crystal Wilkerson and husband Matt of Adamsville, Chelsea Phillips of Robinsville, Mississippi; four brothers, Terry Phillips and wife Shelia of Savannah, Eddie Phillips of Savannah, Shannon “Bo” Phillips and wife Paula of Michie, Greg Phillips of Chattanooga; three grandsons, Hayden Conner, Bradley Conner, Bentley Wilkerson; several nieces and nephews, and a host of other relatives and friends.
In addition to his parents, he was preceded in death by a sister, Katrina Littrell.
No public services held. Arrangements by Shackelford Funeral Directors of Selmer.