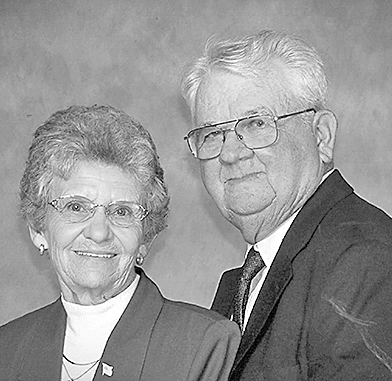 Doris Welch, of Counce, was born in Tishomingo County, Mississippi, on Sept. 11, 1932, the daughter of the late Mack and Virgie Lambert Robertson.
In February of 1955, she was united in marriage to Seldon Welch Jr., who survives.
Doris was a member of First Baptist Church of Counce, where she also served as a Sunday school teacher. For 10 years she worked as a quality inspector for Genesco Shoe Company before taking a job at Savannah Manufacturing where she worked until her retirement in 1994. Doris enjoyed her home very much after retirement but also helped with Meals on Wheels. She became an avid gardener, specializing in flowers, and even enjoyed mowing her yard. Above all, Doris was faithful to her God and her family.
Doris Welch passed from this life on Wednesday, Sept. 1, at the age of 88 years, 11 months, and 21 days – just shy of her 89th birthday.
She is survived by her husband, Seldon Welch Jr. of Counce; daughter, Joanne Welch Martin and husband Tommy of Counce; son, Ricky Welch of Counce; grandchildren, Bradley Martin, Brooke Martin Wright and her husband Jamie, and Matthew Welch; great-grandchild, Jacob Martin; step great-grandchildren, Camden Barnes, Hunter Wright, Kaylee Wright and Avery Wright; and sister, Maxine Tessner of Iuka, Mississippi.
In addition to her parents, Doris was preceded in death by her sisters, Lila Mae Worshum, Virginia Smith and Sue Roberts.
Services were held on Tuesday, Sept. 7, at 11 a.m., at Shackelford Funeral Directors of Savannah with Paula Byrd and Michael Roach officiating. Burial followed in Welch Cemetery at Counce.