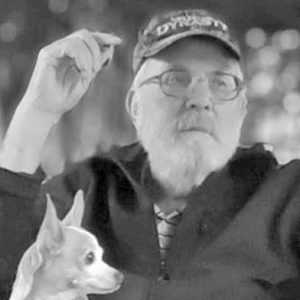 William “Mack” Clausel, age 86, of Ypsilanti, Michigan, passed away peacefully at his home on Sunday, Aug. 29.
He was born July 4, 1935, the son of the late Hersel and Alma Delozier Clausel.
He was born in Savannah, but spent most of his childhood in Dyess, Arkansas, where he graduated high school in 1953. The following year he enlisted in the United States Air Force, where he was an aircraft mechanic. Soon after returning home, he got a job at General Motors where he worked 33 years. After retiring from GM, he began working for Washtenaw County Mental Health where he ran a lawn crew of mentally ill and developmentally disabled adults, where he retired for a second time.
Mack was married to Elizabeth Powers Clausel for 60 years. Together they had five children, Joe Tucker, Anne Bauerele, Tony Tucker (deceased), Barry Clausel (deceased) and Karen (Michael) Smith.
Mack was the only boy of four siblings with two older sisters, Billie Jo Bancroft (deceased), Betty Mahan (Virgil deceased) and a younger sister, Juanita White. He also leaves behind seven grandchildren (and several others who considered him their grandfather); 13 great-grandchildren; and many nieces and nephews. Mack was very well loved and respected and his kind and generous nature will never be forgotten.