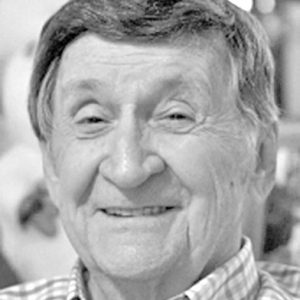 Paul Woodford, 90, former pastor of Lewisburg First Baptist Church and resident of Chapel Hill, went to be with his Lord and Savior on Sunday, Aug. 8, surrounded by his loving family.
Born on Jan. 9, 1931, in Savannah, he was the son of the late Samuel Woodford and the late Dollie Sharp Woodford.
He served his country for two years with the Army. Brother Paul graduated from Union University and was a longtime beloved Baptist pastor. He served as pastor of Ripley First Baptist Church from 1972-1981. In 1981, he began his tenure at Lewisburg First Baptist Church, until his retirement in 1993. Paul devoted his life to serving others and the community. He had a great love for traveling and for serving his congregation and his community.
Survivors include his loving wife of 59 years, Betty McCartney Woodford; daughter, Pam (Mike) Caron of Chattanooga; daughter-in-law, Misty Woodford of Franklin, Tennessee; grandchildren, Morgan (Dustin) Mynatt, Mallory Neal, Lexi Kate Woodford and Sam Woodford.
In addition to his parents, he is preceded in death by his son, Jeffrey Paul Woodford; and brothers, Ed Woodford and Howard Woodford.
Pallbearers were Tommy Milligan, Dustin Mynatt, Mike Caron, Anthony McCartney, Kirk McCartney, Doug Woodford, David Woodford and Sam Woodford.
Funeral services were conducted on Saturday, Aug. 14, at 2 p.m., at First Baptist Church Lewisburg with Dr. Tom Dumser and Rev. Tim McGehee officiating. Burial followed in Lone Oak Cemetery. In lieu of flowers, the family suggests memorials may be made to the Bridge Fund c/o Lewisburg First Baptist Church, P.O. Box 1308, Lewisburg, Tenn. 37091.
Bills-McGaugh & Hamilton Funeral Home is honored to assist the Woodford family with arrangements. Condolences may be extended online at www.billmcgaugh.com.