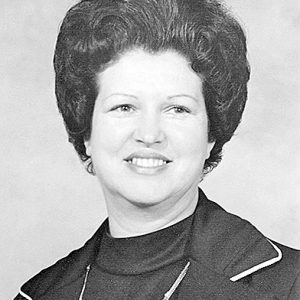 Doris Lea Barnett Qualls, of Selmer, was born in Counce on March 26, 1936, the daughter of Samuel Richard and Vosta Fields Barnett.
She completed high school in Shiloh before marrying the love of her life, Baxter Ray Qualls, on Dec. 23, 1953. Doris was 17 years old at the time. For the next 67 plus years they built a life together, traveling the world as part of Baxter’s work, visiting such spots as Japan, China and Indonesia as well as moving about the United States.
Eventually they settled in Memphis where Doris began taking night classes at Southwest Community College while working for a shirt factory as a seamstress. She proved to be such an excellent seamstress that Sears Roebuck hired her, which gave her the opportunity to work on the velvet drapes for Graceland as well as making some for Jerry Lee Lewis. She always had a special talent with a needle and thread. When it came time for their son’s prom, they looked everywhere for a tuxedo, but it was impossible to find one that would fit the center of the Bartlett High School basketball team. So she bought the material and stitched it herself, a feat that earned him recognition as the best dressed young man there.
Dottie, as Baxter called her, also worked as a dental assistant while they were Memphis residents, but eventually they wanted to be closer to their places of birth, so they purchased a piece of property and began what was to be their retirement home in McNairy County. Dottie selected everything for the house and Baxter made it his mission to turn her visions into reality. She always had a knack for seeing the beauty in something; their yard in Memphis had been filled with the flowers she loved, so much so that people would come from all over just to see her handiwork. Since she believed that cleanliness truly was next to godliness, her house was always spotless. Baxter told her at the beginning of their marriage that their home was her domain and she could do with it as she wished—and she did exactly that, always working to make it better for her family.
Traditional bluegrass music was a tie that bound Dottie and Baxter to so many of their friends. That was Dottie’s favorite kind of music, which was a good thing since Baxter spent many hours playing with bands everywhere. He was a singer and a songwriter, and she was his biggest fan. They both held strongly to the beliefs of the Southern Baptists, so whenever Baxter had the opportunity, his bluegrass set was followed by one equally long featuring gospel music.
Doris Lea Barnett Qualls was, as her husband so lovingly put it, “a fine woman,” one whose passing on Monday, Aug. 23, at the age of 85 will be mourned by many.
In addition to her husband, she leaves her son Phillip Ray Qualls and her daughter Paula Lynne Qualls, both of Horn Lake, Mississippi; her five grandchildren, Brad, Brennan and Brandy Bryant and Tommy and Laura Qualls; her three great-grandchildren, Georgia and Judah Bryant and Rowen Qualls; and her brother, Jimmy Barnett of Michie.
Other than her parents, Dottie was preceded in death by her daughter, Patty Lea Qualls; and her siblings Elise, Warren, Juanita, Wallace, Betty, Bobby and Nina Sue.
The family requests that memorial donations be made to a charity of the giver’s choice.
Services were held on Saturday, Aug. 28, at 1 p.m., at Shackelford Funeral Directors of Savannah with Randy Weatherington officiating. Burial followed in Hollands Creek Cemetery at Savannah.