Tennessee Gov. Bill Lee’s executive order allowing parents to opt out of school or local government mask mandates has gotten the attention of the Biden administration and U.S. Secretary of Education Miguel Cardona. 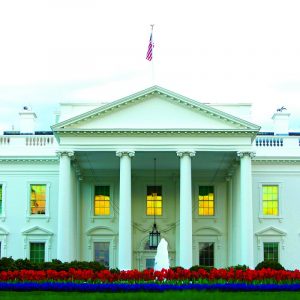 “Tennessee’s actions to block school districts from voluntarily adopting science-based strategies for preventing the spread of COVID-19 that are aligned with the guidance from the Centers for Disease Control and Prevention (CDC) … may infringe upon a school district’s authority to adopt policies to protect students and educators as they develop their safe return to in-person instruction plans required by Federal law,” Cardona wrote in a letter to Lee and Tennessee Department of Education Commissioner Penny Schwinn.
Tennessee was one of eight states – along with Arizona, Florida, Iowa, Oklahoma, South Carolina, Texas and Utah – to receive a letter Wednesday from Cardona.
Lee’s office and the Tennessee Department of Education did not immediately respond to requests for comment regarding the letter.
The letter went on to reference federal funding received by Tennessee through the American Rescue Plan and closed by stating “the Department will continue to closely review and monitor whether Tennessee is meeting all of its Federal fiscal requirements.”
“This State level action against science-based strategies for preventing the spread of COVID-19 appears to restrict the development of local health and safety policies and is at odds with the school district planning process embodied in the U.S. Department of Education’s (Department’s) interim final requirements,” Cardona wrote. “As you know, the American Rescue Plan Act of 2021 (ARP Act) requires each LEA that receives Elementary and Secondary School Emergency Relief (ARP ESSER) funds to adopt a plan for the safe return to in-person instruction and continuity of services.”
Tennessee was allocated about $2.5 billion in ARP ESSER and $1.87 billion of it was released to the state in March. After having its plan for the use of those funds approved in July, Tennessee received the final $831 million in funding.
Lee said Monday the “emergency management powers of the governor” allowed him to issue the executive order. Lee said “the law allows, in this current environment, for the governor to issue an executive order that suspends law that implements a particular authority. Constitutionally, that is what’s at play here.”
Metro Nashville Public Schools and Shelby County Schools reviewed the order and told parents they would continue with mask mandates.
Responding to the order, Metro Nashville Public Schools Board Chair Christiane Buggs tweeted, “This is clearly a politically motivated decision and a gross abuse of the Governor’s emergency powers that threatens the health and safety of students and staff across the state.”
Doug Kufner, spokesperson for House Speaker Cameron Sexton, said the matter “appears headed toward potential litigation.”
Sexton had called for a special session on the matter, which would have cost state taxpayers more than $30,000 a day, but Lee declined to call one and issued his executive order instead.
“We are hopeful for a speedy judicial outcome in the coming weeks,” Kufner said. “However, as Speaker Sexton has previously said, the House stands ready to act if the call for a special session comes.”
Lt. Gov. Randy McNally said he believed “this order was a compromise that still allows school boards to ensure the health and safety of their students while recognizing the rights of parents to decide what is best for their children. The Governor and the General Assembly cannot and will not allow lawful orders to be defied. If these systems persist in resisting the order, we will have no choice but to exercise other remedial options.”
Nearly 4,500 Tennessee health care professionals signed a letter to Lee opposing the “opt out” order.
“An Executive Order that allows parents to ‘opt out’ of masks threatens the public health of entire communities and our state at large,” the letter read. “Please allow our local health departments to guide school boards in mandating masks when local spread is high. Please trust our expert recommendations as we strive to protect the health and wellbeing of the people of Tennessee.”
In criticizing the order, Sen. Jeff Yarbro, D-Nashville, said the governor shouldn’t have sprung the order on the state’s schools at the end of a weekday for enforcement the next day.
“If (Lee) wanted this to work, he would’ve done his homework (and) addressed the obvious legal defects and ambiguities in this [executive order] before mandating policy for 153 school systems (and) hundreds of private schools [Monday] afternoon,” Yarbro tweeted. “…if there’s a compromise that allows parents to opt out without effectively overturning local policy, let’s find it. But that will take more than 3 paragraphs from the Governor on a Monday afternoon.”