(Ed. note: This story was originally published in the July 29 print edition.)
Facts are harsh. Ten church members at The Carpenter’s Shop test positive for COVID-19 after a fellowship dinner in March.
Six are hospitalized in the intensive care unit at the same time.
Four die. 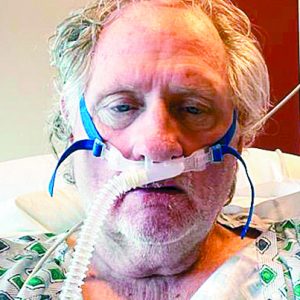 The emotional trauma for church pastor and Courier columnist Keith Holloway and the 80 or so members of his church is still being felt today.
“It’s been an unbelievable amount of grief,” said Holloway, 61.
He and his wife Rebecca were two of those who got sick.
“It was all so sudden and overwhelming,” said Holloway, who leaned on his faith to “find peace in the storm.”
During the previous year, several church members had gotten sick with COVID-19 and after a time returned to good health and came back to church.
Although there was no mask mandate made at church services, people followed what they were comfortable with. Some wore masks. Some didn’t.
“We had not had church dinners for a year because of COVID,” said Holloway. “Then we decided to have one.”
The fallout from that meal left the church flock shell-shocked as they tried to grasp what was happening.
“Four of us were in Magnolia Hospital in Corinth, one was in Jackson, and the other in Columbia,” said Holloway. “I spent 23 days in the hospital, five in Hardin Medical Center, 18 days in Corinth, 11 of those in ICU.”
While Holloway and others were in the hospital, Rebecca was very sick with COVID-19 at home. Their 10-year-old grandson would come to the back door and wave to his grandmother to encourage her. Others left essentials on her porch, rang the door bell and got back in their car.
As weeks passed, hospitalized church members grew sicker, and one by one began to pass away. Holloway, who was critically ill himself, heard of each death on his cell phone.
Robert Goodman. Tommy Grisham. Lanny Redding. Virginia Foster.
“All of us who were hospitalized ranged in age from 50s to 80s. A sweet lady in the church, Chris Misnik, who is 84, and I are the only survivors,” said Holloway. “Tommy Grisham was my assistant pastor and minister of music. All those who died were my friends. I was unable to attend any of their funerals or console the families of those I cared so much about. Everyone was wondering if I was next?”
Holloway’s oxygen levels plummeted at night, and after a time, he was in respiratory failure. His doctor said intubation was the next step.
“I knew how serious my condition was, and yet there was an indescribable peace that remained with me. My body was going through agony and torture but my mind was isolated in a place of peace,” said Holloway. “That night I prayed for God to fix the oxygen problem, then fell asleep. I awoke suddenly in the middle of the night and felt the Lord had touched me.” 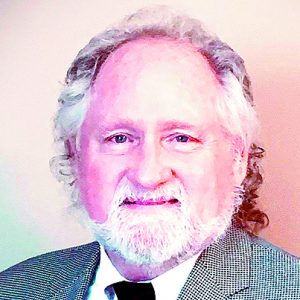 The next day, Holloway’s oxygen levels began to rise. From that point forward, he got better day by day, he recalled.
“Thousands of prayers were sent from people everywhere. That is what sustained me through it all. The God of mercy and grace called forth a militia of prayer warriors that would stand faithful for us,” said Holloway.
Holloway says his church is trying to move forward and heal from such a heartbreaking season.
“The Carpenter’s Shop folks are very resilient. Many have gone through tremendous hardships of their own and that has made them strong people of faith and endurance,” said Holloway. “I don’t have any particular idea of why some didn’t survive and others did. I know I have a new lease on life and am extremely grateful.”
Through it all Holloway says he received the best of care from doctors and nurses at Hardin Medical Center, Dr. GiGi Davis and the entire staff at Magnolia Hospital.
“I still have COVID side-effects of numbness in my legs and brain fog,” said Holloway. “I plan to get the vaccine in 90 days. I have the antibodies in my body right now.”