The newest Tennessee Comprehensive Assessment Program student performance results were a cause for concern for some of the state’s leaders as the results showed more students having less proficiency.

Gov. Bill Lee said the COVID-19 pandemic caused an “unprecedented negative impact on achievement” that “could have been much worse” without the extra effort of teachers and educators across the state.
House Speaker Cameron Sexton said students need to have in-person learning, and he believes wearing masks in schools should be a parental decision, not a school district decision. He threatened to ask Lee to call a special session if schools attempt to close, require students to wear masks or attempt to separate students based upon vaccination status.
“Students need and must be in in-person learning in the classrooms,” Sexton, R-Crossville, said Monday during a news conference regarding the student performance results. “And I sure hope that every school system in this state, after this data is released, does not shut their schools. Because, if they do, I am going to ask the governor for legislation to allow those parents in those school districts to take their money through school of choice and go wherever they deem they need to go.”
Tennessee Democrats called for local control in determining school mask mandates.
“House Speaker (Sexton) says he would go as far as to call a special session to punish school systems for requiring masks. This is not what local control looks like, (Tennessee Republican Party),” the Tennessee Democratic Party tweeted.
The General Assembly held a special session in January to address educational issues, and the Legislature passed items addressing learning and skills loss, literacy, teacher pay and accountability during the pandemic.
Lee said it was clear remote learning cost the state on achievement and it had disproportionately affected black and minority communities.
“We are going to take this data and make sure that we develop strategies and make investments that are solely focused on filling the gaps that we’ve seen from this information that we have,” Lee said.
Another concern from the test results were math scores.
“After some good gains over the previous 10 years, math proficiency rates in middle and high school are a new area of concern,” State Collaborative on Reforming Education President and CEO David Mansouri said in a statement. “(The Tennessee Department of Education) reported that about a quarter of seventh-graders were meeting grade-level expectations in math, 10 points lower than in 2019. More than two-thirds of students in their first high-school math course, either algebra or integrated math, scored at the lowest performance level.”
The TCAP study also revealed students who were present for in-person learning were less likely to show drops in performance.
“Since last school year, districts, schools, and educators have worked tirelessly to adapt to this new reality, met and exceeded ambitious goals to ensure our students tested, and are ready to start the new school year strong. Now is the time for our state to come together to support our students,” Education Commissioner Penny Schwinn said. 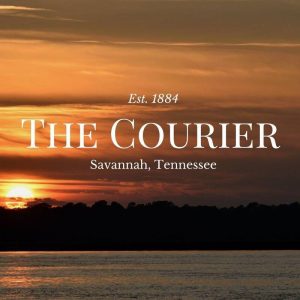