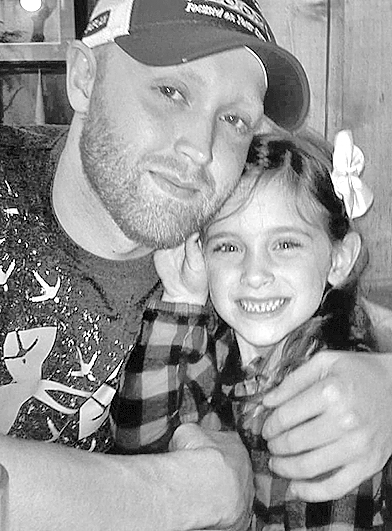 Jesse Cole Jordan, of Stantonville, was born April 3, 1990, in Corinth, Mississippi, the son of Justin Wayne Jordan and Janet Renee Matlock Nixon.
He departed this life on Thursday, July 29, at the age of 31 years, 3 months, 26 days.
Jesse met Kara Stevens on October 14, 2008, and they were united in marriage on May 18, 2012. He graduated from McNairy Central High School in 2008 and later from TCAT in 2015 with his CDL. He then started working in logging before starting work at PCA in Counce six months ago.
Jesse was an avid outdoorsman. He enjoyed fishing and arrowhead hunting. He liked to laugh and live life to the fullest. Everyone that knew him, loved him. He loved spending time with his daughter, wife and brother.
He is survived by his wife, Kara Jordan of Stantonville; daughter, Averi Elaine Jordan; mother, Janet Nixon (Jordan) of Guys, Tennessee; father, Justin Jordan (Debbie) of Selmer; brother, Stevie Jordan (Michelle) of Bethel Springs; grandparents, Durrell and Steward Jordan of Henderson, Tennessee, Barbara and Wayne Matlock of Lexington, Tennessee; uncle and aunts, Jason and Tammy Jordan, Shannon and Brent Lambert, Marty Matlock and Gary Matlock; cousins, Alesha Jordan, Megan Nevis and Jordan Flanagan; nieces and nephew, Charlotte Neill, Ansley and Avery Jordan; and a host of other relatives and friends.
He was preceded in death by great-grandparents, Ophelia Jordan, Lucille and Raymond Hunt; great-great-grandparents, Jesse and Willie Jo Hurst.
Services were held on Sunday, Aug. 1, at 5 p.m., at Shackelford Funeral Directors in Selmer with Kerry Stevens officiating.