Starting Friday and running through Aug. 5, Tennessee has a sales tax holiday on food and food ingredients at stores and also the retail sale of prepared food at restaurants, along with the regular holiday on clothing, school supplies and computers. 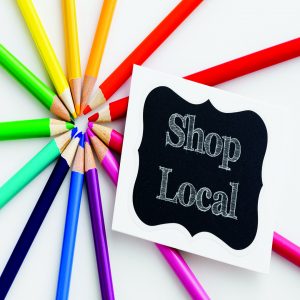 The addition of food and restaurants is estimated by the state to be a $50 million tax break for those out spending during the holiday. Sales of alcohol at establishments remain subject to taxes. The current state sales tax is 7% and the average local sales tax is 2.5%.
This year, 17 states will have sales tax holidays, compared to a high of 19 in 2010.
Sales tax holidays are intended to encourage additional spending from consumers at businesses during the holiday period.
But a Tax Foundation study refutes that hypothesis.
“The evidence shows that, instead of increasing purchases, consumers simply shift the timing of purchases they were already going to make. For most who shop during sales tax holidays, the exemptions simply provide a modest and unexpected benefit for doing something they would have done anyway,” the report concluded.
The Tax Foundation report does state that it is clear the holidays have large political support.
“Despite their political popularity, sales tax holidays are based on poor tax policy and distract policymakers and taxpayers from real, permanent, and economically beneficial tax reform,” the report stated, using data from the Federal Reserve. “Sales tax holidays introduce unjustifiable government distortions into the economy without providing any significant boost to the economy.”
The report also added that politicians claim the holidays give tax relief.
“This, too, is overstated,” the report concluded. “While sales taxes are somewhat regressive, this fact does not make sales tax holidays effective for providing relief to low-income individuals. To give small tax savings to those with lower incomes, holidays give large savings to higher-income groups as well.”
Gov. Bill Lee’s budget amendment originally called for a two-week restaurant sales tax holiday with $100 million set aside for the measure, but it was reduced to one week during legislative appropriations negotiations.
“I’m especially proud to provide tax cuts to get money back to Tennesseans to encourage them to frequent industries that have been disproportionately and negatively impacted this year,” Lee said while announcing his sales tax holiday proposal.
The cut happened when the legislature decided to add $250 million into the state’s pension trust fund while cutting in half Lee’s proposals for $200 million toward broadband, $200 million toward local government grants and the $100 million restaurant and food sales tax holiday to make up for the pension expense.
“We know that industry has been hard hit during the pandemic,” Rep. Patsy Hazlewood, R-Signal Mountain, said after negotiations. “This will, hopefully, allow Tennesseans to get out, have a good meal and help that industry.”