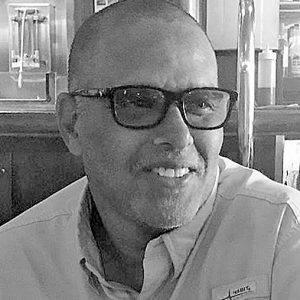 Elder Paul Glenn Robinson, of Savannah, departed this life on Tuesday, July 20, at the age of 62 years, 2 months and 25 days.
He was born in Trenton, Tennessee on April 25, 1959, the son of the late Sam Paul Robinson Sr. and Dorothy McTizic Robinson. On July 29, 1989, he was united in marriage to Anna Ruth Hopson, who survives.
Paul Robinson graduated from Adamsville High School and while there played baseball and basketball. His talent in sports earned him a full athletic scholarship to play baseball at Bethel College, where he went on to complete three years. He especially loved Adamsville Cardinal sports and coached youth baseball there.
Paul Robinson was the elder of Great Evangelical Ministries in Selmer. As elder, he held many important roles, he was a Sunday school teacher, superintendent over the Men’s Department and Evangelical Department, a Board Trustee member, and he was the armor bearer to Apostle Holiday.
Elder Paul Glenn Robinson is survived by his wife, Anna Ruth Hopson Robinson of Savannah; daughter, Hannah Denise Robinson of Fairbanks, Alaska; and son, Paul Isaac Robinson of Saltillo.
Services were held on Monday, July 26, at 1 p.m., at Shackelford Funeral Directors of Savannah with Apostle Frank M. Holiday Sr. officiating. Burial followed in Memory Gardens at Savannah.