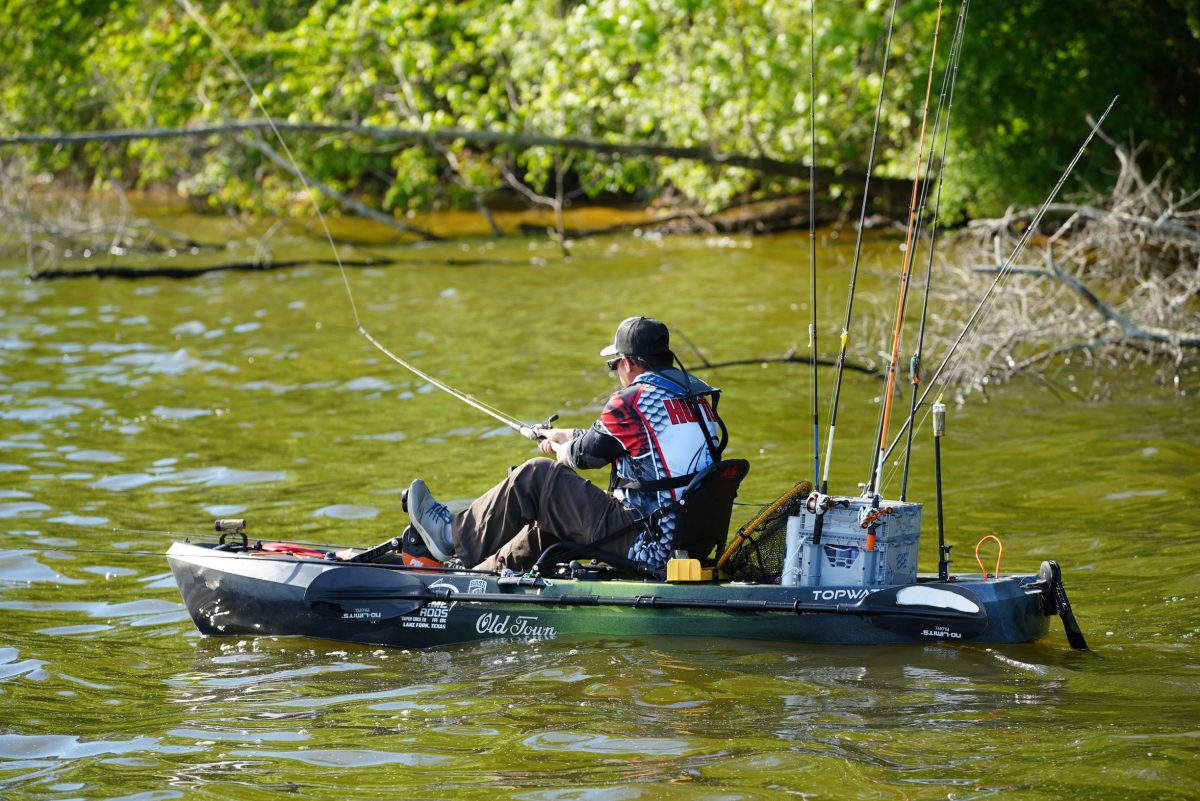 The Bassmaster B.A.S.S. Nation Kayak Series powered by TourneyX will be held July 24 on Pickwick Lake.

Talented kayak anglers from around the country take to the waters of Pickwick Lake on Saturday for the third stop of the Bassmaster B.A.S.S. Nation Kayak Series powered by TourneyX.
Competition at the July 24 event starts at 5:45 a.m., with lines out at 2 p.m. An award ceremony is set for 4 p.m. at The Lodge at Pickwick Landing State Park.
Among the competitors vying for the coveted trophy and a spot in the 2022 National Championship are Joe McElroy from Cullman, Alabama, who finished second at June’s 2021 National Championship in Texas.
Pickwick Lake was recently ranked No. 10 on the 2021 Bassmaster Magazine list of “100 Best Bass Lakes” in large part for offering anglers an opportunity to catch a trophy trifecta: smallmouth, largemouth and spotted bass of above-average size.
And every inch is important in kayak fishing. Instead of a standard weigh-in that requires scales measuring pounds and ounces, anglers will practice “catch, photograph and release” to determine the kayak tournament standings.
When an angler catches a bass, they will photograph it lying on an approved measuring board and submit the photo through a special mobile app provided by TourneyX. The boards will measure each bass in inches down to a quarter of an inch, and the angler with the longest five-bass limit will win.
From Pickwick, the Bassmaster Kayak Series heads to the upper Chesapeake Bay in Cecil County, Maryland on Aug. 7, and the Mississippi River in La Crosse, Wisconsin on Sept. 5 as anglers from around the country attempt to qualify for the 2022 National Championship which will be held in conjunction with the 2022 Bassmaster Classic on March 4-6 in Greenville, South Carolina.
The Hardin County Convention and Visitors Bureau is hosting the event.