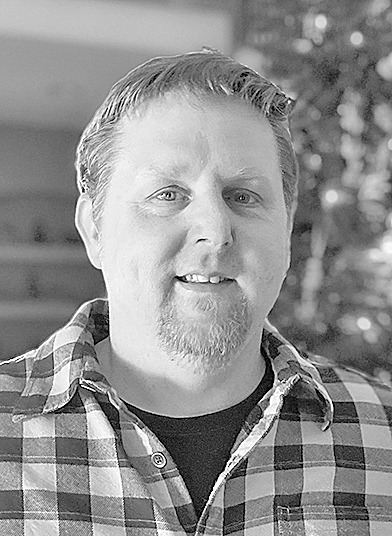 Jason Reeder, of Selmer, was born Feb. 15, 1974, in Memphis, the son of Arnold Reeder and Nancy Cox.
He was united in marriage to Kim Mitchell on Nov. 25, 1993.
Jason served his country honorably as a Corporal in the United States Marine Corps for five years. He worked for Packing Corporation of America in Counce. He was a member of Middleton Church of Christ in Middleton, Tennessee and attended Finger Church of Christ.
Jason was a hard worker, a strong work ethic was instilled in him at an early age by his stepdad – Guy Wayne Cox. He believed in taking care of his family, spending quality time with them teaching life skills and making sacrifices to ensure his family had what they needed. He enjoyed star gazing, relaxing in his hammock with his grandson Ezra and hanging out at the firepit.
He was a devoted son, husband, father and granddaddy who loved his family dearly.
Jason departed this life on Thursday, July 15, in Memphis, at the age of 47 years, 5 months.
He is survived by his wife Kim Reeder of Selmer; a daughter, Eve Stone of Selmer; a son, Justice Reeder of Selmer; a grandson, Ezra Stone of Selmer; mother, Nancy Cox of Selmer; father, Arnold Reeder and wife Jean of Mississippi; stepdad, Guy Wayne Cox and wife Mary of Selmer; three brothers, Stuart Reeder, Alexander Reeder, Tim Taylor and family; sister, Tracy Moore and family; mother-in-law, Wanda Mitchell of Finger; brothers-in-law, Darrell Mitchell and family, Damon Mitchell and James Mitchell and family; sister-in-law, Wendy Hicks and family; and a host of extended family and friends.
He is preceded in death by a daughter, Alexandra Katherine Reeder; father-in-law, Don Mitchell; grandparents, Joe Dan and Ann McClain, Phillip and Blanche Reeder.
Services were held on Sunday, July 18, at 3 p.m., with Military Honors at Shackelford Funeral Directors in Selmer with Jeff Scott, Ronny Cornelius and James Mitchell officiating. Private interment service in Lake Hill Memorial Gardens at Bethel Springs.