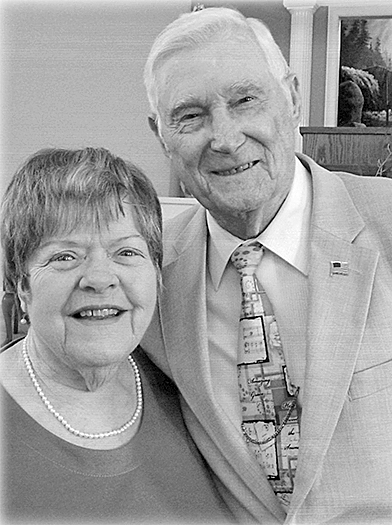 Homer Martin Jr., of Savannah, was born in Morris Chapel, on Nov. 25, 1930, the son of the late Homer Wilkerson and the Bessie Estelle Tucker Martin.
On Sept. 1, 1967, he was united in marriage to JoAnn Jones, who survives.
Homer served his country proudly in the United States Marines. After the military he worked for 32 years as a gear inspector for Caterpillar Corporation. Homer also worked as a fireman for Hardin County and the City of Savannah for 18 years. He was a member of Faith Baptist Church in Selmer where he liked to play guitar and sing.
Homer departed this life on on Thursday, July 15, in Savannah, Tennessee at the age of 90 years, 7 months and 20 days.
In addition to his wife of 53 years, JoAnn of Savannah, he is survived by one sister, Wilma Sue Crowell of Savannah; brother, Harold D. Martin of Savannah; a special young man, Logan Brasher of Gray, Georgia; and a host of nieces and nephews.
Homer was preceded in death by three brothers, Clifford, Glenn and Edward Martin.
Services were held on Saturday, July 17, at 3 p.m., at Shackelford Funeral Directors of Savannah with Mark Shoemaker officiating. Burial followed in Milledgeville Cemetery.