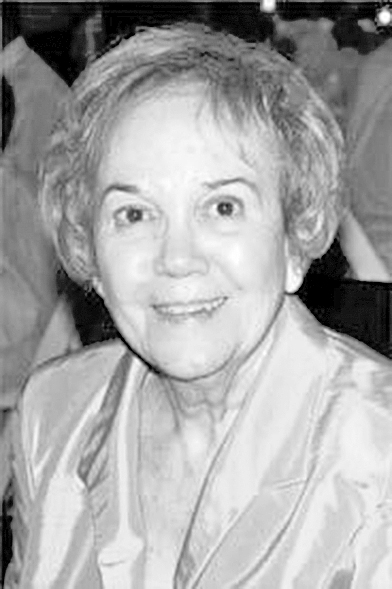 Cornelia Turman Bain, age 85, of Brentwood, Tennessee, passed away peacefully on Wednesday, July 14, at her home in Brentwood, Tennessee, after a long battle with Lewy Body Dementia.
Cornelia was born Feb. 3, 1936, to Rex and Rachel (Vance) Turman in Woodbury, Tennessee. At age seven, she moved with her family to Savannah where she graduated from Central High School as valedictorian in 1953. After high school, she attended David Lipscomb College where she was editor of the school newspaper, The Babbler, and earned a degree in English in 1957. Cornelia began her 22-year teaching career at Maplewood High School in Nashville, followed by a stint at Phillips High School in Birmingham, Alabama, and 17 years at Decatur High School and Brookhaven Middle School in Decatur, Alabama.
After a nine-month courtship, Cornelia married Joe Keith Bain on Aug. 7, 1960, in Savannah. Beginning their married life in Birmingham, they enjoyed 60 wonderful years together. He was the love of her life. They had two children while in Birmingham, Laura and Keith. The family moved to Decatur, Alabama in 1963 where they spent the next 34 years. After retirement, Joe and Cornelia moved to Brentwood, Tennessee, to be near their grandchildren.
Cornelia loved her family, collecting antiques, reading books and newspapers, musical theater, college sports (especially the Lady Vols), traveling, collecting Tea Leaf ironstone china and her church. Over the years, she was an active member of the Savannah Church of Christ, the Grant Street Church of Christ in Decatur, Alabama, the Twickenham Church of Christ in Huntsville, Alabama and the Woodmont Hills Church of Christ in Nashville. She especially loved spending time with her cousin Grace Henderson, her many friends in Decatur, and her friends in the Quest Bible class and Small Group at Woodmont Hills.
Cornelia was preceded in death by her parents, Rex and Rachel Turman; her brothers, Elijah (Lige) Turman and Robert (Bob) Turman; her father-in-law and mother-in-law, Emory and Frankie Bain; and her brother-in-law, Jimmy Neal Bain.
She is survived by her husband, Joe Keith Bain; daughter, Laura Bain Burkhart (Larry); son, Keith Bain (Stephanie); grandchildren, Caitlin Byrd (Patrick), Virginia Bain Sanders (Kevin), Madeline Burkhart, Grace Payton Bain, Jeb Bain, John Bain; great-grandchildren, Olivia Blake Byrd and James Sanders; sister, Coleen Bertsch (Marvin); and sisters-in-law, Susan Turman, Sharon Turman and Kathy Bain.
The family would like to especially thank Kebeh Jones, who honored Cornelia with her loving care over the past two years. Kebeh’s bright smile and tireless efforts have been a source of strength and encouragement to the entire family. Thanks also to the staff of Guardian Hospice for their dedicated care.
Serving as pallbearers are: Jeb Bain, John Bain, Russ Turman, Lige Turman, Jeremy Bain, Patrick Byrd, Kevin Sanders and Jackson Sweatt.
Service and burial were on Sunday, July 18, at Savannah. Service was at 3 p.m., at Shackelford Funeral Directors, 450 Church Street in Savannah. Burial follow at Old Bain Cemetery at Mount Hermon Cemetery in Savannah.
A Celebration of Life was held on Tuesday, July 20, at Nashville. Service at 12 p.m. at Woodmont Hills Church of Christ, 3710 Franklin Pike in Nashville, with Earl Lavender officiating.
In lieu of flowers, the family requests that donations be made to Room in the Inn at roomintheinn.org or P.O. Box 25309, Nashville, Tenn. 37202.