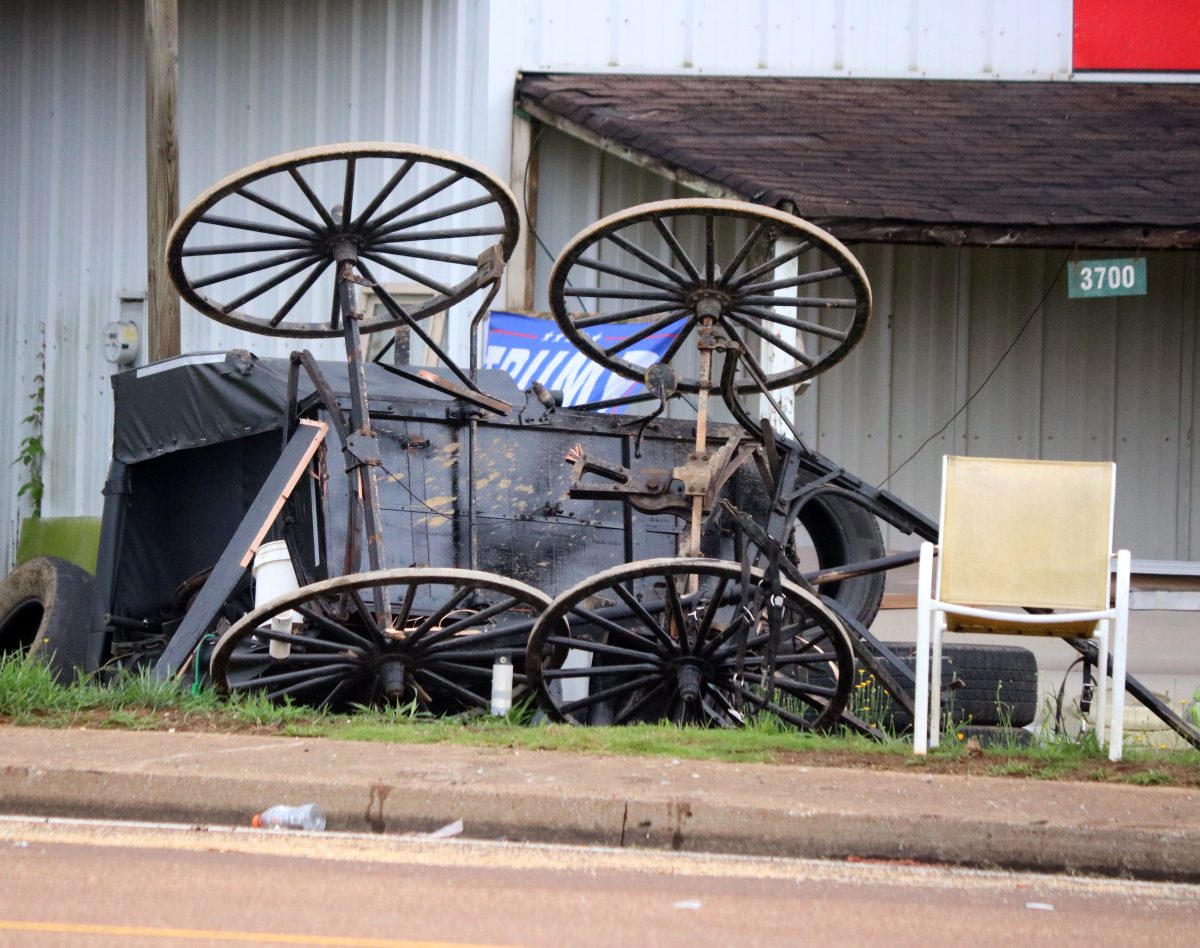 UPDATE, JULY 20 – The driver and a 17-year-old passenger in a horse drawn buggy were injured when it collided with a motor vehicle Monday, the Tennessee Highway Patrol said this morning.
The THP preliminary report about the 9:14 a.m. crash says Noah Gingerich, 54, of Stantonville, Tennessee, was driving the buggy east on U.S. 64 in Crump. An eastbound 2015 Dodge Journey sport utility vehicle driven by Amanda Jones, 39, of Milan, Tennessee, collided with the rear of the buggy and the buggy fell on its side.
Jones was wearing a seat belt and was not reported injured.
No charges were filed.
The THP report does not mention if the horse was injured, but a reporter at the scene saw a laceration on the animal’s left rear hindquarter as it stood near the wrecked buggy.

ORIGINAL STORY, JULY 19 — An Amish buggy overturned at 3700 U.S. 64 in Crump around 9:15 a.m. Monday.
Scanner traffic indicated one person was injured. A horse which had apparently been pulling the buggy was standing quietly nearby, watched by a woman in a pink shirt.
This incident is within a few hundred yards of the site where an Amish buggy with three occupants including an infant overturned on July 7 after colliding with a motor vehicle. No injuries were reported in that crash, according to the Tennessee Highway Patrol.
This is a developing story which will be updated as more information becomes available.