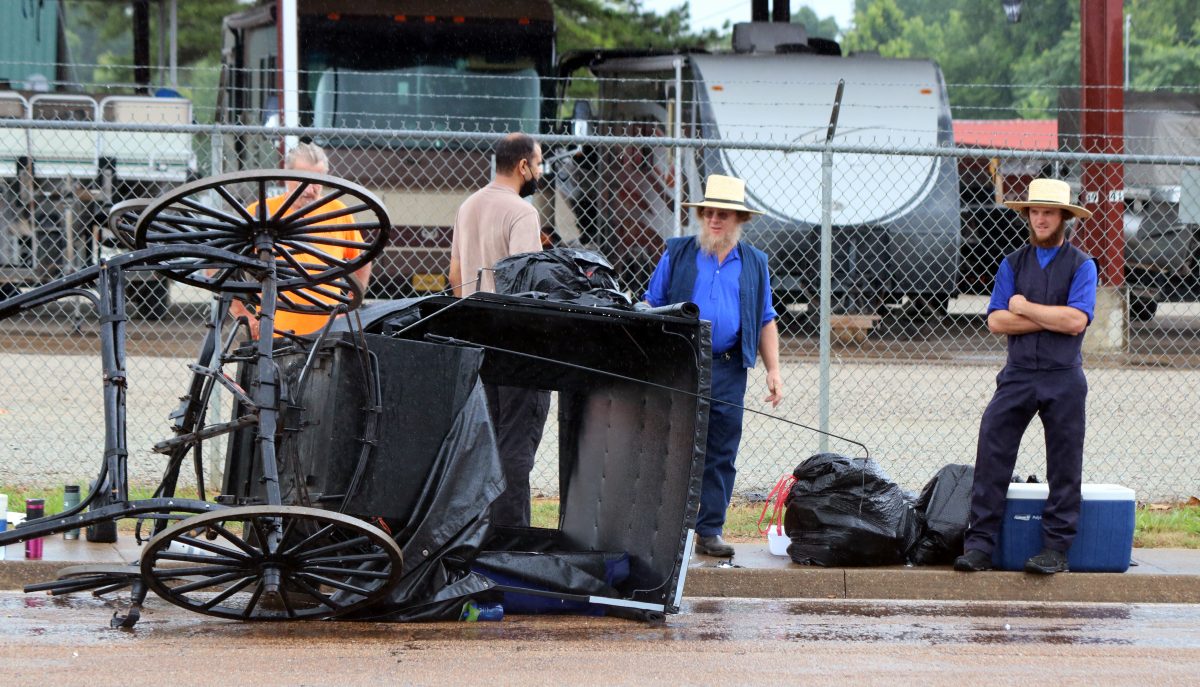 UPDATE, JULY 8 – A horse drawn buggy with three occupants which overturned in Crump on Wednesday collided with a vehicle, the Tennessee Highway Patrol said.
Shelia Treece, 76, of Stantonville, Tennessee, was driving a 2007 Toyota Highlander west on U.S. 64 which collided with the buggy, which was also westbound on the highway, according to the THP.
The report says 24-year-old Ura Hostetler, who was driving the buggy, and passengers Mary Hostetler and a 9-month-old child, were not injured. All of the buggy occupants are from Adamsville. Treece was wearing a seatbelt and was also uninjured.
The THP report does not say if the horse was hurt, but a reporter at the scene said the animal appeared calm and had no obvious injuries.
No charges were filed in connection with the crash reported at 1:51 p.m. yesterday.

INITIAL STORY, JULY 7 – A horse drawn Amish buggy overturned Wednesday at about 2 p.m. in Crump.
Scanner traffic indicated there were no injuries involved. The horse, unhitched from the buggy on its side, was standing calmly nearby with no apparent injury.
The incident occurred in the westbound lane of U.S. 64 across from River Heights Motel. Motorists in the area should exercise caution.
This is breaking news and will be updated when information is available.