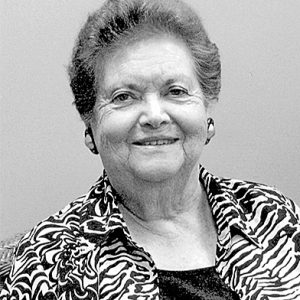 Nancy Jo Doran Shutt, age 82, of Henderson, Tennessee, passed away on Tuesday, June 29.
She was born in Hardin County, the daughter of the late John J. and Mamie Lucille Crocker Doran.
She graduated from Hardin County Central High School in 1956 where she was a Homecoming Attendant, active in FHA, and had the honor of being Miss Senior. She was the salutatorian of her class. She received her BS from U.T. Martin in 1959 where she was active in ome economics activities and clubs and was chosen to appear in the edition of Who’s Who in American Universities and Colleges.
Right after graduating from UT Martin, she went to work as a home economist with the Tennessee Valley Electric Co-op in Savannah where she met and married Malone Shutt. Mr. Shutt transferred to Waynesboro with the Tennessee National Guard and Mrs. Shutt taught home economics at Wayne County High School. She then worked as the home economist for Wayne County. They transferred to Henderson in 1968 and she began her teaching career in the Chester County school system. She taught at East Chester Elementary until she retired in 1994, spending most of her time teaching fourth grade.
She was very involved in the Chester County Teachers Association, was a member of the Tennessee Education Association, and a lifetime member of the National Education Association.
She loved her church, First United Methodist of Henderson, where she taught Sunday school, had served as children’s director, worked in vacation Bible school, and served on several committees. She was one of the first volunteers when Gleaners House opened and continued to volunteer until just a few weeks ago. She enjoyed her “Tuesday Bunch” where they worked hard and had a good time!
Family was number one to Mrs. Shutt. Shelby was her pride and joy. She enjoyed working in the yard and in her flowers. At one time she was known for her iris and daylilies, many of which she willingly gave to anyone who wanted one. She was a caretaker for the community, taking many friends to various appointments, while not calling any attention to her deeds.
She is survived by her daughter Sherri Henson and husband Cliff of Henderson; a granddaughter Shelby Phillips and husband Collin; a sister Clara Ruth Holt and husband Marion of Henderson; a nephew Mark Doran; niece Betsy Whitlow (Keith); and great niece April Whitlow.
She was preceded in death by her parents; her husband; and a brother, Oather Paul Doran.
Funeral services were held at 3 p.m. on Thursday, July 1, at First United Methodist Church in Henderson with Keith Brown and Tom Spellings officiating and burial followed at Mt. Hermon Baptist Church Cemetery in Hardin County, near Savannah.
Arrangements by Shackelford Funeral Directors of Henderson.