The redrawing of congressional and state legislative districts every 10 years can make and break political careers, providing new opportunities for some and placing brick walls in front of others. 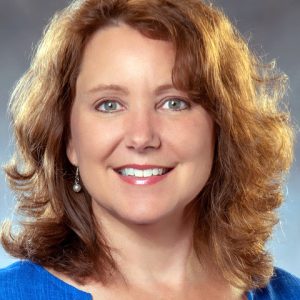 But beyond an individual politician’s future, the most significant impact of redistricting is the potential reshaping of political power in a state by packing or cracking districts for a particular advantage. We know this as “gerrymandering” and the ultimate goal of some politicians is to increase or decrease the number of Republicans or Democrats in Congress or statehouses.
There are other interests as well, such as keeping communities of interest together to preserve representation. For example, splitting a city or county when it could be kept together could be viewed as weakening that community’s voice.
In Tennessee, as in most states, the process is done by state lawmakers, and more precisely, by House leadership and Senate leadership of the majority party. Others may submit proposed redistricting maps, but it’s House and Senate leadership maps that will be adopted.
Despite concrete steps toward more openness in the last redistricting, which included a website with information and a hotline, the opportunity for the public to view the draft state legislative maps was still only about one week before they were adopted, and even less for the congressional map.
A recent report by ThinkTennessee compares the redistricting process in our state with others. It points out that Tennessee citizens have had less access to draft district maps than those in most other states.
Citizens in 33 other states are allowed to view draft maps, with many of those states inviting public comment about the maps. Leaders in 32 states hold public meetings to gather community input before maps are drawn.
A growing number of states, 15 to date, have created commissions, to handle redistricting. Some of them are independent.
Can and should state leaders up their game on transparency and open the door for more public discussion?
Yes, they can and they should.
We are in a fractious political environment in which high stakes are regularly attached to decisions and events. In Tennessee, Democrats fear that Republicans could try to take away a congressional seat by slicing up Davidson County, a solidly blue dot in an otherwise sea of red voters in the state. Republicans want to take back the U.S. House after a contentious and challenged presidential election, and Tennessee could help.
Some think engineering districts to be “too red” or “too blue” further deepens the political divisions.
Population has shifted away from rural areas and small towns, such as in West Tennessee, and surged in others, particularly in the counties surrounding Nashville. Decisions on how to rebalance political districts to match updated population numbers will not be easy.
On a practical level, lawmakers must develop a plan that will withstand any potential legal challenge in court.
Legislative district maps must meet certain state rules and congressional plans must not violate the equal protection clause of the Fourteenth Amendment. In fact, the 1962 landmark decision by the U.S. Supreme Court that federal courts could rule on challenges to congressional reapportionment plans was from a Tennessee case, Baker v. Carr.
TCOG has advocated for access to public records and public meetings since 2003. Citizens deserve to know what their government is doing. They deserve to know what their representatives will be voting on in plenty of time before the vote — whether that’s at a meeting of a city planning commission or a state legislative committee.
Here, their government leaders are redrawing lines, possibly changing who will represent them in the General Assembly or in Congress. Citizens need a chance to understand the concepts and priorities for the maps before they are a done deal. A chance to provide feedback.
We know from previous years that concept maps for new legislative districts circulate internally months before they ever make it in front of a committee of the General Assembly. Last time, a candidate for a yet-to-be-announced new district in Williamson County even put information on his website.
Those maps, those concepts for change, should be made available to the public earlier.
(Deborah Fisher is executive director of Tennessee Coalition for Open Government.)