Of the many alcohol-related bills that passed the Tennessee Legislature this year and were signed by Gov. Bill Lee, one maintains a popular pandemic rule but taxes consumers for it.
Lee signed an executive order last year while COVID-19 restrictions were in place that allowed restaurants to sell to-go alcohol with restrictions.
The enacted House Bill 241 allows those sales to continue until July 1, 2023, but it also adds a 15% tax on those alcohol purchases. 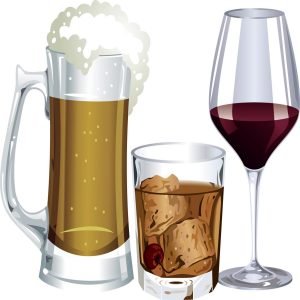 The tax was not levied previously on to-go alcohol purchases because the governor cannot create a tax through executive order, Sen. Brian Kelsey, R-Germantown, said during session.
By creating the new law, the Legislature can enforce Tennessee’s liquor-by-the-drink tax on those to-go alcohol orders from restaurants. The Tennessee General Review Fiscal Committee estimated the tax would generate $4.7 million in revenue in the upcoming fiscal year and $3 million in revenue the following fiscal year.
The to-go alcohol orders are allowed if they are sold with prepared food, have a secure cap and consists of not more than one drink, a legal size of beer or bottle of wine.
The same hours of alcohol sales are valid, restaurants cannot sell bottles of distilled spirits, they must confirm the customer is 21 years old or older and they must post a sign saying that it is unlawful to drink and drive.
House Bill 866, related to alcohol delivery from package stores, caps the allowable delivery charge to 10% of the sale if the package store does not charge a flat fee for delivery. Lee signed the bill and it is now Public Charter 185.
Wine and beer distribution
Several changes were made to laws pertaining to local wineries and breweries this legislative session that could affect consumers.
Small winery direct shippers, which manufacture less than 270,000 liters of wine per calendar year, now can ship up to 54 liters a year to an individual.
Wine direct shippers, however, only can ship wine that is sold under a name they own, license or produce or one that is produced exclusively for that winery under an existing contract under Public Chapter 331, which becomes law Jan. 1.
Tennessee’s 115 small craft breweries can self-distribute up to 1,800 barrels of their beer throughout the state, starting Oct. 1. That means that the local beer offerings can now be sold at restaurants and packaged stores outside of the county where they were produced if the brewery falls under the 1,800 threshold.
If the brewery is larger, it will need to distribute beer through a distributor.
A package store or restaurant with the proper alcohol license now can sell its inventory to another store with the proper license if it goes out of business. The business must alert the Tennessee Alcoholic Beverage Commission and the Tennessee Department of Revenue about the sale at least 10 days prior.