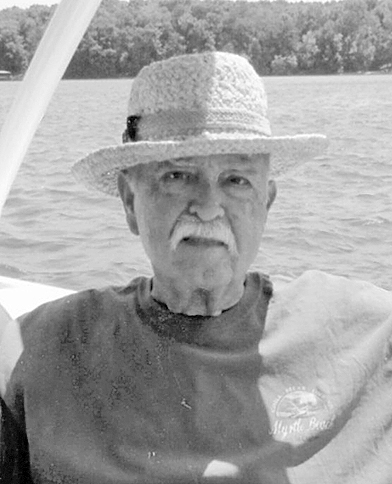 Joseph E. “Joe” Bradford was born in Hayti, Missouri on Nov. 21, 1939, the son of the late Joseph Milton and Ruth Zentner Bradford.
On Feb. 15, 1964, he was united in marriage to Nina Clare Dismukes, who survives.
Joe, as he was known by everyone, served his country proudly from 1961 until 1963 as an armor crewman and sharpshooter in the United States Army. He had worked as a territory accounts representative at Colonial Rubber Works, Inc. for 33 years in Dyersburg, Tennessee and Kardoes Rubber Company for five years in The Villages, Florida, and had also worked at Tellico Village in East Tennessee. Joe was a past member of Southern Rubber Group and Wisconsin Rubber Group. He was a Shiloh Falls resident and a member of The Club at Pickwick.
Joe cherished his family, never missing his children’s basketball or baseball games and later in life rarely missing his grandchildren’s games. He was president of The Dyersburg Kitty League, Junior Babe Ruth and Sr. Babe Ruth Leagues, and was a past president and member of Dyersburg High School Athletic Booster Club. Joe also played in the adult softball and basketball leagues. In his spare time, he enjoyed playing golf, boating and fishing. He loved the family pets, Mia, Minnie and Lucy.
Joe departed this life on Monday, May 31, at his residence at the age of 81 years, 6 months and 10 days.
In addition to his wife of 57 years, Nina of Pickwick, Joe is survived by his children, Laura B. Brown and her husband Brian of Pickwick and Joseph P. Bradford and his wife Ronda of Flower Mound, Texas; grandchildren, Dr. Steven Brown and his wife Mallory, Michael Brown and his wife Darcie, Chase Brown and his wife Nikki, Zach Bradford and Zoe Bradford; great-grandchildren, Blakely Brown, Samuel Brown, Caroline Erickson and Ayla Brown; sister, Patty Wilkerson and her husband Gerry of Henry, Tennessee; and brother, Ron Bradford and his wife Susan of Phoenix, Arizona.
Joe was preceded in death by his parents, Milton and Ruth Bradford; grandparents, Wes and Emma Bradford; and one brother, John Bradford.
Memorial services were held on Monday, June 7, at 10:30 a.m., at Tennessee State Veteran Cemetery at Parkers Crossroads in Parkers Crossroads, Tennessee, with Will Shelton and Chase Brown officiating. Burial will follow in Tennessee State Veteran Cemetery at Parkers Crossroads at Parkers Crossroads, Tennessee.