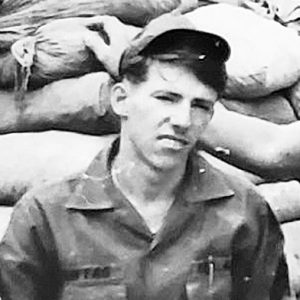 Vincent “Red” Santas, of Counce, departed this life on Wednesday, May 19, at the age of 74 years, 5 months, 27 days.
He was born in Baltimore, Maryland on Nov. 22, 1946, the son of the late Vincent Santas Sr. and Dorothy Greene Shreve.
Vincent was a tactical communications systems operator in the United States Army, serving five consecutive tours and 11 campaigns in Vietnam. In 1981, he was honorably discharged from the United States Army with the rank of Sergeant.
Vincent was a serviceman and in 1982, he continued that as a military policeman with the Department of Defense; a position he maintained for 38 years, last residing in Seoul, South Korea, and in 2020, he moved to Counce.
Vincent was an expert with the rifle, pistol, and hand to hand combat. In his downtime he loved to golf.
He is survived by his brothers, Robert M. Shreve of Counce and Jay L. Shreve Jr. of Munford, Tennessee; and a host of nieces and nephews.
In addition to his parents, Vincent was preceded in death by a sister, Karen Marie Gibson.
Memorial donations may be made to: Homes for our Troops or Wounded Warrior Project.
A graveside service was held on Wednesday, June 2, at Corinth National Cemetery in Corinth, Mississippi with Tony Blakney officiating.