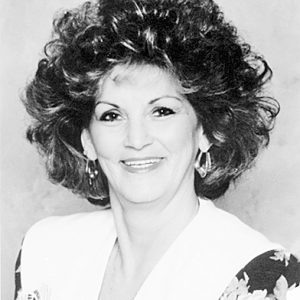 Joann Ringer Kyle Caperton, of Columbia, Tennessee, formerly of Savannah, was born on Sept. 22, 1940, the daughter of the late Arthur and Helen Jenkins Ringer.
In 2001 she was united in marriage to Edward J.B. Caperton, who preceded his wife in death in 2011.
Joann worked for 40 years as a beautician and was the former owner of Four Seasons Florist in Savannah. She was a member of Hopewell Baptist Church in Savannah. In her spare time Joann loved going to yard sales and cooking. Joann was a very giving person.
She departed this life on Saturday, May 22, in Columbia, Tennessee at the age of 80 years and 8 months.
Joann is survived by her children, JoLynn Kyle DiCillo of Columbia, Tennessee, Danny Kyle and his wife Leilani of Columbia, Tennessee, Keith Kyle and his wife Dawn of Savannah, Terry Kyle and his wife Parthina of Savannah; grandchildren, Kyrie Kyle, Jepordy Kyle, Kyle DiCillo, Corey Kyle, Tiana Kyle, Cody Kyle and Sylvia Kyle; and sister, Betty Jean Faustina of Fulton, Mississippi.
In addition to her parents and husband, she was preceded in death by one sister, Dorothy Nutting; and two brothers, Willis and Leon Ringer.
Services were held on Saturday, May 29, at 3 p.m., at Shackelford Funeral Directors of Savannah with Dean Haggard officiating. Burial followed in Memory Gardens at Savannah.