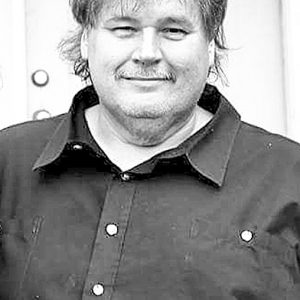 Quincy Dirk Webb Sr., of Savannah, was born in Michigan City, Indiana, on July 6, 1965, the son of the late JC Webb and Gladys Mae Jones Holt.
On May 31, 1983, he was united in marriage to Frances Lynn Stowell, who survives.
Quincy was a retired truck driver, he also had worked for Redmon Asphalt and Davis Brothers. Quincy was a loving and faithful husband, daddy and grandpaw. He loved all of his children, their spouses, and his precious grandchildren. Quincy was always a cut up, joking around and smiling. He loved playing music on his guitar and singing Christian songs. Quincy was an entertainer at heart. Many loved him and he will be greatly missed by all.
Quincy departed this life on Thursday, April 29, in Savannah, at the age of 55 years, 9 months and 23 days.
In addition to his wife of 37 years, Frances “Pinky” Webb of Savannah, he is survived by his children, Rena Spitzley and her husband Nicholas of Counce, Quincy Webb Jr. and his wife Aleshia, Jonathan Webb and his wife Bethany, and Hannah Baxter and her husband Kevin, all of Savannah; grandchildren, Gracie Spitzley, Hazel Spitzley, Viola Spitzley, Oliver Spitzley, Jeramiah Webb, Tysen Webb, Mira Webb, Sarah Webb, Alyssa Webb and John Webb; and a sister, Sherry Lynn Webb Jones and her husband Charles Ray of Savannah.
Quincy was preceded in death by his parents; two sisters, Jerry Mae Webb Hicks and Kimberly Ann Webb; and three brothers, JR Webb, Paul Douglas Webb and Charles Van Webb.
Services were held on Tuesday, May 11, at 1 p.m., at Living Word Fellowship in Savannah with Daniel Hicks, David Lee and Grant Pavy officiating. Burial followed in Mount Hermon Cemetery at Savannah.