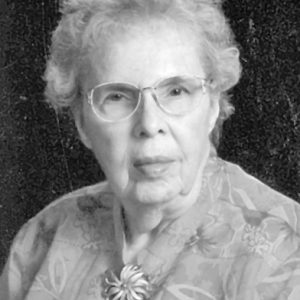 Martha “Polly” Cole Burgess, of Savannah, was born in Maury County, Tennessee, on Aug. 30, 1929, the daughter of the late James Arthur and Ivie Lunn Cole.
On June 29, 1946, she was united in marriage to DC Burgess, who preceded his wife in death on Oct. 2, 1999.
Polly, as she was known by everyone, had lived in Maury County, Tennessee, until March of 1961 when she moved to Hardin County and made her home. She worked at Burt’s Furniture in sales and bookkeeping. She was a member of First Baptist Church in Savannah. Polly enjoyed painting, sewing and working at the store.
She departed this life on Tuesday, April 27, in Savannah, Tennessee at the age of 91 years, 7 months and 28 days.
Polly is survived by one son, David C Burgess and his wife Ann of Savannah; daughter-in-law, Cindy Burgess of Savannah; son-in-law, James Austin of Savannah; grandchildren, Kevin Austin, Cindy Smith, Jason Burgess, James Burgess, Elliott Burgess, Nicky Burgess and Haley Surratt; 15 great-grandchildren; and one sister, Shelia West.
In addition to her parents and husband, she was preceded in death by her step-mother, Annie Shelton Cole; daughter, Brenda Austin; son, Dennis Burgess; brothers, Harlan Cole, Elgan Cole and Tom Cole; and sisters, Audrey Flory and Edith Shelton.
Memorial donations may be made to the Lucy Burgess Memorial Scholarship Fund, 1215 Wayne Road, Savannah, Tenn. 38372.
Services were held on Saturday, May 1, at 3 p.m., at First Baptist Church in Savannah with Pastor Andrew Bosak, Dennis Plunk and David Burgess officiating. Burial followed in Memory Gardens at Savannah.