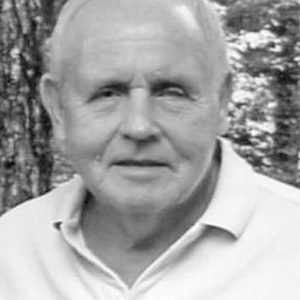 Norman L. Jennings, of Savannah, was born on April 11, 1945, in Hardin County, the son of the late Otis and Blanch Jennings.
Norman was united in marriage to Karen June Neill on Oct. 28, 1966.
He worked at Clifton Manufacturing for 33-1/2 years. Norman then worked at Hardin County Highway Department for 24 years.
He was raised in Cerro Gordo community and later moved to Burnt Church community. Norman was always smiling and making people laugh. He always put others needs before his own and had a true servant’s heart. He was an amazing husband, father, pawpaw, father-in-law, friend, but first and foremost, Christian. Norman was a faithful member of Turkey Creek Baptist Church since 1972.
He departed this life on Wednesday, April 7, at his home with his loving wife, Karen, in the Burnt Church community at the age of 75 years, 11 months and 27 days.
Norman is survived by his wife, Karen June Neill Jennings; son, Mark Alan Jennings and his wife Leah and daughter, Andrea Dawn Jennings Sweat and her husband Calvin, all of Savannah; grandchildren, Cailee Lyn Pennington, Ashley Nicole Pennington, Cody Lee Sweat, Rylan Alan Jennings, Easton Eil Jennings and Caden Cole Jerrolds; great-granddaughter, Caegan Lee Sweat; sister, Martha Jennings Beckham of Waynesboro; and nieces and nephews.
In addition to his parents, he was preceded in death by a son, Brian Lee Jennings; and a brother, Jimmy Jennings.
A graveside service was held on Wednesday, April 21, at Neill Cemetery in Savannah with Nick Harville officiating.