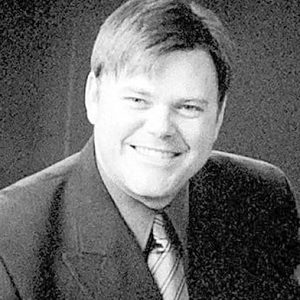 Michael Joe Spence, age 54, formerly of Cookeville, Tennessee, passed away on Thursday, April 22. He was a devoted father, beloved son, sibling, and friend.
Michael is survived by his son Noah Jackson Spence of Cookeville, Tennessee, his daughter Alyssa Cha Huerta and son-in-law Luis Rey Huerta Tellez of Cookeville; his mother Linda Oatsvall of Huntingdon, Tennessee, his father Bobby Joe Spence of Crump, and stepmother Ann Spence of Crump; his brother Tommy Joe Spence of Huntingdon, sister Lisa Jo Spence Beard and brother-in-law Charles Beard of Fairview, Tennessee; his nephew Joseph Beard of Los Angeles, California, his niece Laura Gill of Heiskell, Tennessee, and his nephew Waker Spence of Asheville, North Carolina.
Michael loved people and people loved him. He was a life-long educator who began his teaching career in Memphis City Schools. He later traveled abroad and became the principal of Busan Foreign School in Busan, South Korea. He was a visiting scholar for five years at Postech University in Pohang, South Korea. He was the Immersion Program director of Uchon School in Seoul, South Korea. He later spent some time in Jeddah, Saudi Arabia as the academic coordinator for American Higher Education Inc. Once Michael was back stateside, he became the associate director for curriculum for Ball State University and the director of the Intensive English Institute via FLS International at Tennessee Tech University in Cookeville.
Michael was a graduate of Gibson County High School in Dyer, Tennessee. After he graduated from high school, he played football for Lambuth University in Jackson, Tennessee, where he graduated with a bachelor’s degree in communications. He obtained a master of arts degree in teaching curriculum and instructional leadership at the University of Memphis.
Michael’s presence, his intelligent conversations, and his gracious spirit will be greatly missed by all who knew him. In such a sad, difficult time as this, it is comforting to know that he professed Christ as his Savior and that he is in Heaven with the Lord.