The discovery of a gunshot wound during the autopsy of a local woman whose body was found in a creek led to a murder charge against a Savannah man who had initially been charged only with abuse of a corpse, according to the Hardin County Sheriff’s Department. 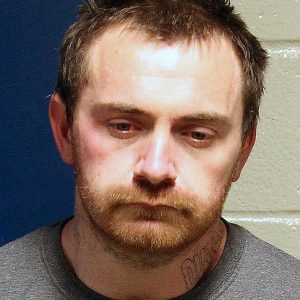 Thirty-year-old Maegan Gammill’s blanket- and sheet-wrapped body was found Sunday in southeast Hardin County. Gregory Moore, 30, is now facing charges of first degree murder and possession of a firearm by a convicted felon in addition to the earlier charge, records show.
Hardin County Sheriff Johnny Alexander announced the new charges Tuesday afternoon. Wednesday, additional information was revealed in arrest affidavits.
“During autopsy a gunshot wound was located on the body of Ms. Gammill. The gun used was found inside the glove box of Mr. Moore’s vehicle,” an affidavit from a Sheriff’s Department investigator states.
The affidavit says Moore had taken Gammill to stay at his mother’s residence in Savannah.
It says that while there, he gave Gammill what he believed to be meth. Moore told investigators he found Gammill unresponsive on the bed in his old room.
“Moore then put Gammill’s body in his vehicle and drove to a location and dumped her body. The body was found a week later in a creek, wrapped up in a blanket and sheet on Choate Creek Road,” the affidavit continues.
Moore was initially developed as a suspect in Gammill’s disappearance following an investigation by the Hardin County Sheriff’s Department and the McNairy County Sheriff’s Office since she was reported missing early last week.
“We’d been out talking to everybody we could that had any connection to her, and running down every lead. His name had come up a few times,” Alexander said, noting his deputies had been looking for Moore to bring him in for an interview for several days.
Alexander said Gammill’s body was discovered Sunday evening by a small group of people about 200 yards from the bridge on Choate Creek Road that crosses over the creek.
She reportedly left her father’s home on Friday, April 9, and was last seen the next day walking near Savannah Village Apartments and City Park.
She was reported missing to authorities on Tuesday, April 13, Sheriff Alexander said.
He noted that the area where Gammill was found is a popular place for people to swim or congregate.
He said the group of four or five noticed an object in the creek, and one of them walked out to investigate.
“He thought it looked like a body, so they called Central Dispatch to report it and a deputy was sent out who confirmed it was a body,” Alexander said.
Moore, who was arrested by the Sheriff’s Department on Monday, is a felon out of Texas and was convicted of a drug possession charge in February 2019, according to an affidavit. He has not yet been arraigned or had a bond set.