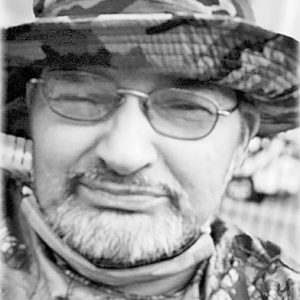 Timothy Wayne “Turtle” Morgan, of Olive Hill, was born in Ypsilanti, Michigan, on Nov. 9, 1959, the son of the late William Alton and Johnnie Roberta Williamson Morgan.
On Aug. 27, 1986, he was united in marriage to Gretta Lynn Cotham, who survives.
Timothy moved from Michigan to Hardin County 25 years ago and worked for Ronald Franks Construction. He was a member of Jacks Creek Beagle Club and Wayne County Beagle Club. Timothy enjoyed deer, turkey and rabbit hunting. He also enjoyed running his beagles and going on field trials. His greatest joy was spending time with his grandson.
Timothy departed this life on Sunday, April 11, in Memphis, at the age of 61 years, 5 months and 2 days.
In addition to his wife of 34 years, Gretta of Olive Hill, he is survived by his children, Justin Morgan and his wife Lauren of Savannah and Jamie Plotner and her husband Travis of Michigan; grandson, Jackson Morgan; sister, Betty Brown and her husband Lewis of Savannah; brothers, Ricky Morgan and his wife Brenda and Terry Morgan, all of Michigan; a host of nieces and nephews; and a host of great nieces and great nephews.
Timothy was preceded in death by his parents; brother, Ronnie Morgan; and two sisters, Barbara Wright and Teresa Morgan.
Services were held on Friday, April 16, at 3 p.m., at Shackelford Funeral Directors of Savannah with Rodney Littrell officiating. Burial followed in Campground Cemetery at Savannah.