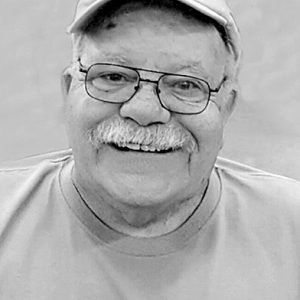 George E. Cromwell, of Savannah, was born on Aug. 16, 1949, in Waynesboro, the son of the late Jamie Carl and Wilma Duell Love Cromwell.
On Nov. 29, 1986, he was united in marriage to Janet Lard, who survives.
Mr. Cromwell honorably served his country in the Army National Guard from 1970-1978. He was a retired long distance truck driver. George loved his family and his dogs. He loved his caregiver, Amanda, and all her family. He loved to talk and swap stories – that was part of his Cromwell DNA. In his youth, he was known for his baseball talent. In high school, he was known for his musical talent – playing trumpet in the band and singing duets with his sister Carla in chorus. He loved to hunt, fish, and watch westerns, war movies, and the WWE on TV. He never turned down fried chicken, catfish or real banana pudding.
George E. Cromwell departed this life on Friday, April 16, in Savannah, at the age of 71 years and 8 months.
He is survived by his wife, Dr. Janet Cromwell of Savannah; sons, Brian Douglas Cromwell and his wife Mindy of Counce and Jeremy Carl Cromwell and his wife Betsie of Collierville, Tennessee; sisters, Reeba Austin, Carla Deatherage and Verlesha “Lucy” Parsons and her husband Bud, all of Savannah, and Dwanna Johnson and her husband Dennis of Counce; and grandchildren, Kyleigh Cromwell, Karrson Cromwell, Ainsley Cromwell and Avery Cromwell.
In addition to his parents, George was preceded in death by his brothers in law, Frank Austin and Muril Deatherage.
Services were held on Wednesday, April 21, at 11 a.m., at Shackelford Funeral Directors of Savannah with Tyler Webb officiating. Burial followed in Neill Cemetery at Savannah.