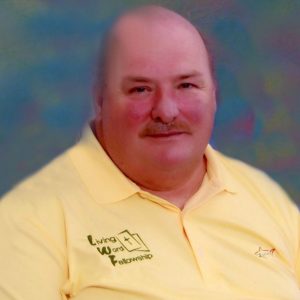 Danny Steven Whited, of Crump, was born in Detroit, Michigan on April 16, 1953, the son of the late Clifford and Doris Fay Stephens Whited.
On Sept. 21, 1999, he was united in marriage to Nelda Moore, who survives.
Danny was owner and operator of a storage facility. He moved to Savannah in October of 1997 from Detroit, Michigan and was a member of Living Word Fellowship. He loved to go to church, work on cars, fish, and spend time with his family.
Danny departed this life on Wednesday, April 7, in Savannah, at the age of 67 years, 11 months and 22 days.
In addition to his wife of 21 years, Nelda of Crump, he is survived by his children, Tracy Hornbeak and her husband Ronnie of Crump, Danny Whited and his wife Jessica of Detroit, Michigan, Shawn Whited and his wife Kristina of Adamsville, Jesse Gean and his wife Lamanda of Savannah, JoAnna Oakley and her husband Lee of Savannah and Sarah Gean of Pickwick Dam; grandchildren, Briana Gamez, Savannah Whited, Rebecca Whited, Angel Whited, Brayden Letney, Riley Whited, Janice Whited, Maci Gean, Jaeleena Oakley, Kaden Whited, Abram Gean and Zaydon Oakley; great-grandchild, Addriana Christian; and sisters, Sandra Thompson and her husband Robert of Savannah and Crystal Whited of Crossville, Tennessee.
Danny was preceded in death by his parents; and three brothers, Roger Whited, Gary Whited and Terry Whited.
Services were held on Tuesday, April 13, at 11 a.m., at Living Word Fellowship in Savannah with Ronnie Sanders officiating. Burial followed in Crump Cemetery at Crump.