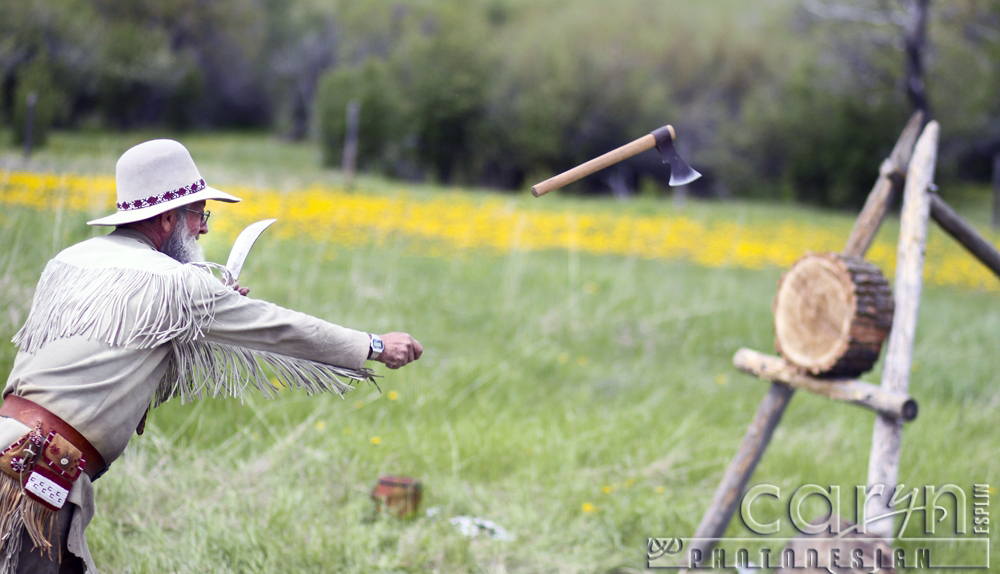 The City of Saltillo, in conjunction with Hardin County Tourism, is hosting a free weaponry and history festival Friday and Saturday, April 9-10, starting at 8 both mornings and lasting most of the day.
The Tennessee River Primitive Art and Weaponry/History Festival takes place at Saltillo Community Center (former Saltillo School). Parking is nearby, with the Saltillo trolley transporting visitors to the event.
“This is going to be an amazing and educational event for the entire family,” said organizer Mike Fields, of nearby Reagan, Tennessee, originally of Saltillo. “There will be full-fledged living history events and reenactments. Local artisans and historians, as well as people from quite a distance are coming to Saltillo to set up.”
Fields, an accomplished flintknapper, says “demonstrations of some sort will be going on the entire day on Friday and Saturday.”
Reeactment groups will set up in period encampments. The featured the wartime periods are the Revolutionary War, French and Indian War, and Civil War. Encampments will also feature mountain men and Native Americans.
Flintknappers from the south will be demonstrating the ancient art of making arrowheads, and other native weaponry. Native American-style knives and spears will be on display.
Tales of the Thunderbolt people, led by David Owens Redhawk of Kentucky, will feature stories from Native Americans. Also, a community drum circle will be held and visitors are invited to play Native American-style drums.
Native American weaponry demonstrations, such as knife and tomahawk throwing, will be led by Native Americans coming from Georgia and Indiana.
Native American fire starting demonstrations are being led by men from Nashville and Reagan.
A couple from Ohio will represent themselves as a French settler and his Shawnee Native American wife.
Freeman’s Battery and The Tennessee Artillery will fire off Civil war artillery and cannon demonstrations.
The men in Confederate uniforms are coming from Tennessee and North Mississippi.
There will also be Revolutionary war musket firing demonstrations and discussion.
“Some will be in their Continental Army uniforms and others dressed as militia, or mountain men,” said Fields.
Revolutionary-era author Geoff Baggett will have an 18th century journalist live history tent.
There will be 18th century wood and leather demonstrations coming from Mississippi, Middle and West Tennessee.
“They will show hand carving in woodworking crafts, and how to carve powder horns from bull horns and do engravings,” said Fields.
There will also be 18th century lead melting and bullet making demonstrations.
General Sam Houston, portrayed by Robert Woods of South Carolina, will be telling stories of “his life.”
Samuel Houston (March 2, 1793 – July 26, 1863) was an American soldier and politician. An important leader of the Texas Revolution, Houston served as the first and third president of the Republic of Texas, and was one of the first two people to represent Texas in the United States Senate. He also served as the sixth governor of Tennessee and the seventh governor of Texas – the only American to be elected governor of two different states in the United States.
An artifact collection by local collector Jeff Wilkes will be set up.
Areas crafts of all types include Native American style knives, jewelry, leather moccasins, homemade butter and more.
A silent auction will be held with funds going to the Darryl Worley Foundation and Folds of Honor for veterans.
“Some auction items are an autographed vinyl by Country Star Michael Martin Murphy, gourd sculptures done by a Southwestern artist, Native American-style knives, rustic barnwood tables and live-edged entry tables of maple and cedar,” said Fields.
A variety of food vendors will be there, including The Tennessee River Pirate Cooking Team offering Cajun cuisine and the Donut Truck with fresh donuts.