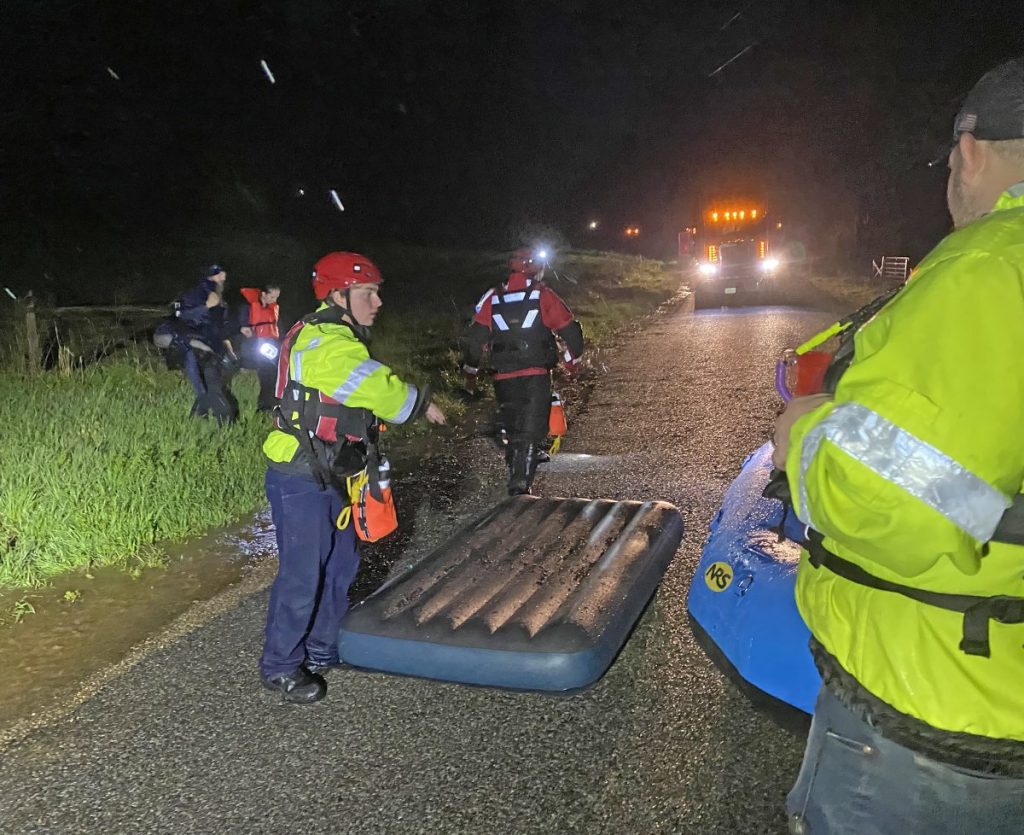 After helping evacuate a woman and her 7-month-old infant from their home on Proud Land Lane, firefighters Shamas Blakney, center with face visible, Buck McClendon, walking away from the camera, and David Kirkwood, far right, remain at the scene.