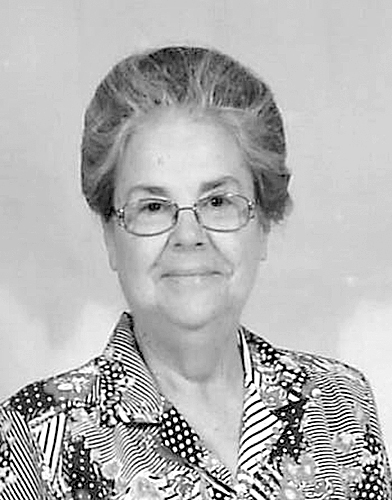 Doris Plunk, of Counce, was born Nov. 21, 1940, in Adamsville, the daughter of the late Enick and Mattie Ruth Brumley Parrott.
She was united in marriage to William “Dink” Plunk on Aug. 17, 1957. Mr. Plunk preceded her in death on May 28, 2017.
For several years, Mrs. Plunk’s sweet and gentle words greeted many visitors at the gift shop in Pickwick Inn. She was a devoted pastor’s wife for over 43 years. Together, Rev. and Sister Plunk served at Counce UPC, Lawrenceburg UPC and Beauty Hill UPC. She was a member of New Life United Pentecostal Church in Savannah.
Mrs. Plunk was an avid reader, enjoyed tending to her beautiful flowers and traveling to the mountains and Florida. She was a steadfast Christian, a loving wife and mother, a prayer warrior, and a true example of Proverbs 31:10-31.
Mrs. Plunk departed this life on Saturday, March 27, in Jackson, Tennessee at the age of 80 years, 4 months, 6 days.
She is survived by a daughter, Myra Plunk of Counce; a son, Jeff Plunk of St. Louis, Missouri; a brother, Phillip Parrott and wife Gail of Stantonville; a sister, Mary Ruth Patterson and husband Johnny of Henderson, Tennessee; and a host of extended family and friends.
In addition to her husband and parents, Mrs. Plunk was preceded in death by two brothers, Robert and Kenny Parrott.
In lieu of flowers memorials may be made to New Life United Pentecostal Church, 2010 Pickwick Rd, Savannah, Tenn. 38372
Services were held on Wednesday, March 31, at 11 a.m., at New Life United Pentecostal Church in Savannah with Rev. Jeremy White and Rev. Larry Adair officiating. Burial followed in Crump Cemetery at Crump. Arrangements by Shackelford Funeral Directors of Selmer, 731-645-3481.