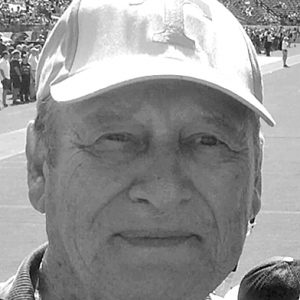 Terry Averett, of Savannah, departed this life on Wednesday, March 17, at the age of 79 years, 5 months and 14 days.
He was born in Hardin County on Oct. 3, 1941, the son of the late Jack and Naomi Louise Rich Averett. On March 27, 1992, he was united in marriage to Rita J. Cantrell, who survives.
In 1958, Terry joined First Cumberland Presbyterian Church in Savannah, where he later became an elder. He was also a member of Al Chymia in Memphis, Savannah Masonic Lodge 102, and Christian Assistance Ministry. He retired from PCA where he was a superintendent.
Terry enjoyed yard work, watching sports, and was an avid UT fan. His passion was helping others with addictions. He enjoyed cooking and spending time with family, and with his father, Jack Averett and brother, Bob Averett turned into a fish frying catering business, one that Bob and Terry took over after their father died.
Along with his wife, Rita Cantrell Averett of Savannah, Terry is survived by his children, Tammy Averett Young of Murfreesboro, Keith Averett of Gallatin, Tennessee, and Tracy Holt and her husband Bo of Savannah; grandchildren, Jesse Young, Cole Young, Gage Averett, Savana Averett, Cody Faulkner (Andrea), Zachery Holt (Courtney Robinson) and Payton Holt; two great-grandchildren, Kori Koontz and Bodhi Young Collins; and brother, Bob Averett and wife Janice of Savannah.
In addition to his parents, Terry was preceded in death by a grandson, Dylan Young; and daughter-in-law, Jacque Averett.
Services were held on Friday, March 19, at 1 p.m., at Shackelford Funeral Directors of Savannah with Helen Hamilton officiating. Burial followed in Mount Hermon Cemetery at Savannah.