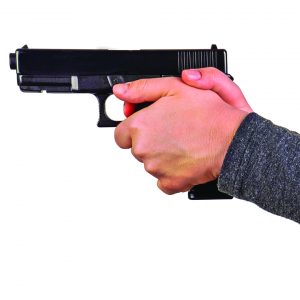 By a vote of 23-9, the Tennessee Senate passed legislation Thursday that would allow for the carrying of handguns in the state without a permit.
Senate Bill 765 would let a gun owner carry an open or concealed handgun without a permit if a gun owner met the qualifications for an enhanced handgun carry permit, lawfully possessed the handgun and was in a place the gun owners had a right to be. Gun owners would not be required to receive gun safety training to carry.
“Permitless carry simply allows a person to carry without permission from the state,” Sen. Mike Bell, R-Riceville, said Thursday in presenting the bill on the Senate floor.
The Tennessee General Assembly Fiscal Review Committee estimated the bill would result in a loss of about $2.6 million a year in handgun permit revenue for the state.
Before approving the bill, lawmakers adopted an amendment that makes it a Class B misdemeanor for a person to carry a handgun who has been convicted of stalking, aggravated stalking or especially aggravated stalking.
The amendment also makes it a Class B misdemeanor to carry if a person was convicted of two or more DUIs within the past 10 years or one within the past five years.
“I know we’ve heard a lot about our Second Amendment rights throughout this whole debate, but here’s what’s missing: that rights and responsibility go hand in hand,” Sen. Sara Kyle, D-Memphis, said. “No family member will be safer if people refuse gun training.”
The bill was opposed by most Tennessee law enforcement, including the Tennessee Bureau of Investigation.
TBI Senior Policy Adviser Jimmy Musice told the Senate Judiciary Committee earlier this month that TBI opposed the bill because it eliminates the permit process.
The bill also increases penalties on crimes committed with firearms, including increasing the punishment for theft of any firearm to a Class E felony regardless of the gun’s value.
The Senate bill’s companion, House Bill 786, still is working its way through the committee process in the House.