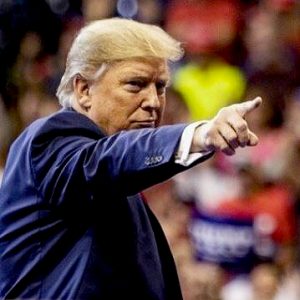 Former president Donald Trump in a Fox News interview Tuesday urged people to get a coronavirus vaccine shot.
“It is a great vaccine. It is a safe vaccine and it is something that works,” he said.
Fox News reported it has confirmed that both Trump and Melania Trump, the former first lady, were vaccinated privately at the White House two months ago.
“I would recommend it and I would recommend it to a lot of people that don’t want to get it and a lot of those people voted for me, frankly,” Trump said in the Fox interview. “It works incredibly well. 95%, maybe even more than that… and it is really saving our country and it is saving frankly the world.”