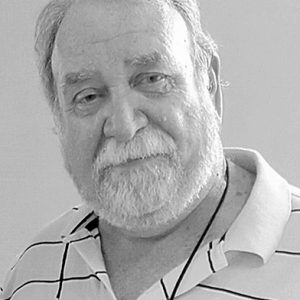 Hardin Hughes, of Savannah, was born in Florence, Alabama, on Feb. 1, 1947, the son of the late Chesterfield Hardin Hughes Sr. and Carloss Summerhill Hughes.
On Aug. 30, 1969, he was united in marriage to Sherry Dianne Harrison, who survives.
Hardin served his country proudly in the National Guard. He worked for 32 years as an executive director for Savannah Housing Authority. Hardin also had several apartments and homes that he had as rental properties. He was a member of First Presbyterian Church in Savannah where he served as an elder. In his spare time he loved going to Pickwick Lake, boating, and being at their home at Bruton Branch.
Hardin departed this life on Sunday, March 7, in Nashville, at the age of 74 years, 1 month and 6 days.
In addition to his wife of 51 years, Sherry of Savannah, he is survived by one son, Chris Hughes and his wife Kathy of Savannah; and one grandchild, Alyssa Hughes.
Hardin was preceded in death by his parents; and one son, Todd Hughes.
Services were held on Saturday, March 13, at 1 p.m., at Shackelford Funeral Directors of Savannah with Herb Adams officiating. Burial followed in Savannah Cemetery at Savannah.