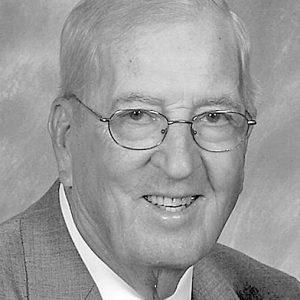 Estel Ray Mills went Home to be with his Lord and Savior on Sunday, March 7, after enjoying a day of sunshine, yard work and play with his great-grandchildren. Suddenly and unexpectedly his loving heart stopped beating.
Estel was born in Michie on Dec. 12, 1931, to parents Julius T. and Evelyn Moore Mills. While teaching at Ramer High School, he began courting Mary Ruth Holt, the first grade teacher at Ramer. They were united in marriage for 61 years until her death in 2017. He was a member of First Baptist Church Michie and previously a member of Selmer First Baptist Church where he taught a men’s Sunday school class.
Estel was a graduate of Michie High School, and being inspired by a very special chemistry teacher, he went on to earn his bachelor’s degree in chemistry from the University of Memphis. He briefly taught at Michie High School before serving in the Army during the Korean War. Upon his return, Estel taught sciences at Ramer High School and earned his master’s degree from the University of Memphis. Some of his fondest memories were of the annual senior class trips as senior sponsor. In 1964, he accepted the post of principal at Middleton School, and then in 1968, he began an 11-year tenure as principal of Hardin County High School in Savannah. In 1979, Estel became the Superintendent of McNairy County Schools where he led the way in a historic school building construction/renovation program and formal accreditation of each McNairy County school. In 1987, he served a four-year term as Assistant Commissioner of Education for the State of Tennessee. While he and Mary Ruth lived and worked in the Nashville metro area through the week, a large part of their devotion was still on their family farm in Michie where they would return every weekend. After his retirement from education, Estel served on the board for the Pickwick Electric Cooperative. His retirement years were far from idle as he improved and maintained the family orchards, walnut groves and berry fields.
Estel Mills leaves to cherish his memory two daughters and two sons, Donna Mills Hasty (Tim) of Aiken, South Carolina, Nelson Mills (Judy) of New York, New York, Kevin Mills of Selmer, and Melissa Mills Leatherwood (Tom) of Arlington, Tennessee. He is also survived by 13 grandchildren, Austin Mills (Emily), Laura Beth Mills Jones (Brad), Erin Hasty Joehnk (Marc), Morgan Mills Zurawski (Martin), Catherine Hasty Beck (Jerry), Erica Mills and fiancé James Greer, Sarah Hasty, Hayley Mills Vandiver (Blake), Celia Leatherwood Noble (Aaron), Hannah Leatherwood, Amanda Leatherwood, MaryKate Leatherwood and Zoe Leatherwood.
Estel is also survived by nine (almost 10) great-grandchildren: Mary Carlyle Mills, Libby Mills, Mary Corbin Beck, Sanders Beck, Heidi Joehnk, Marianna Jones, Emma Kate Vandiver, Callie Grace Beck and Zara Zurawski and the imminently expected William Mitchell Jones. He is also survived by sisters-in-law, Patsy Mills of Memphis, Martha Holt of Memphis and Linda Stewart of Oxford, Mississippi; brother-in-law, William Hoskins of St. Louis; and several cousins who always kept in touch. “Uncle Mac” is also survived by many cherished nieces and nephews.
Estel is predeceased by his wife; his parents; both siblings, Virginia Hoskins and Eldon Mills; and brothers-in-law Ray Holt and Bobby Stewart.
A private immediate family service officiated by his pastor, Bro. Ben Martin, was held last weekend followed by burial in the Pebble Hill Cemetery near Michie.
On Sunday, June 27, family and friends and the community are invited to attend a Celebration of Life drop-in for Estel Ray Mills at the Selmer Civic Center from 1 p.m. to 4 p.m.
Memorials may be made to the McNairy County Foundation for Academic Excellence, a local 501c3 awarding grants to local teachers for much-needed materials for their students, thus supporting a lifelong passion of Estel’s – educating young people. Contact gnhebert2002@yahoo.com or mail to 270 Molly Drive, Selmer, Tenn. 38375. 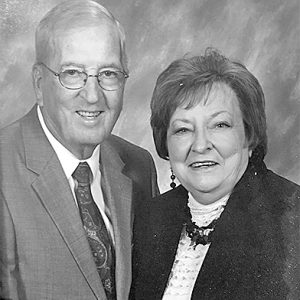 Estel Mills
Estel Ray Mills passed to his Eternal Home very early Sunday morning, March 7.
Estel was born in Michie on Dec. 12, 1931. He was married for 61 years to MaryRuth Holt Mills until her death in June 2017. Together they were blessed with a large family and they served 40 years as educators in McNairy, Hardeman and Hardin Counties and more until their retirement to their fruit and tree farm near Michie in 1991.
A small family memorial with burial at Pebble Hill was held in March due to COVID.
On Sunday, June 27, all family and friends and the community are invited to attend a Celebration of Life Drop-In reception in memory of Estel and MaryRuth at the Selmer Civic Center Gymnasium from 1 p.m. to 4 p.m. The address is 230 N. 5th Street, Selmer.