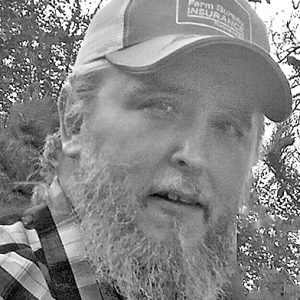 Jeremy Wayne Cossey, of Saltillo, was born in Selmer on Sept. 12, 1982, the son of Barbara Nadine Hollins Shelley and the late Dennis Wayne Cossey.
Jeremy worked for All Pro Painting for two years and had also worked for B&T Construction for 18 years. He was a member of the NRA. Jeremy had an old soul and had wisdom beyond his years. To know Jeremy is to love him, he was kind hearted and would do anything for you. He loved with his whole heart and enjoyed life to the fullest. Jeremy was always making new friends at the Wing Shack and anywhere he went. He always brought a smile to those around him. Jeremy was hard working and enjoyed working with his hands. In his spare time he loved being outdoors, target shooting, kayaking, fishing, listening to music, playing video games with his friends, and arrowhead hunting. He loved spending time with his family, friends and his cat Crawley.
Jeremy departed this life on Sunday, Feb. 28, at the age of 38 years, 5 months and 16 days.
He is survived by his mother, Barbara Nadine Hollins Shelley of Savannah; stepfather, Rickey Shelley of Savannah; brothers, Wesley Alan Cossey and his wife Sara of Corinth, Mississippi and Kyle Thomas of Savannah; sister, Tamara Cossey of Tennessee; grandmother, Evelyn Hollins of Savannah; stepgrandmother, Bernedette Cossey of Savannah; his life partner, Jennifer O’Brien of Saltillo; and many aunts, uncles, cousins, nieces, and nephews.
In addition to his father, Jeremy was preceded in death by his grandmother, Joyce Cossey Lambert; and his grandfathers, William Hollins and Waymon Cossey.
A Celebration of Life will be held on Saturday, March 27, at 11 a.m., at Hillbillys Wing Shack in Adamsville.